Stacks on Australia; population to double by 2075

Based on new population projections, it's going to feel like 'stacks on Australia' as the number of people calling Australia home is set to double to 46 million by 2075. 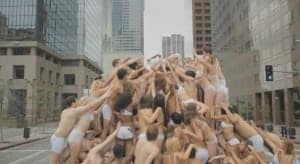 PERSONAL space will be a thing of the past in 2075, as Australia’s population is set to double over the next 60 years.

According to the latest population projections released by the Australian Bureau of Statistics (ABS), the number of people calling Australia home will soar from just under 23 million to 46 million by 2075.

“Based on our projections, with medium growth, Australia will double its population by the year 2075,” said Bjorn Jarvis, Director of Demography at the ABS, “but under our high and low scenarios it could be as early as 2058, or after 2101.”

“Highlights from the ABS projections include Perth overtaking Brisbane in 2028, at three million people, and then ten years later, the Australian Capital Territory overtaking Tasmania.

“Melbourne and Sydney should be neck and neck by 2053, with 7.9 million people each.”

Lowlights include Tasmania’s population levelling out by around the year 2040 and then falling from 2047 onwards, the only state projected to experience a decline

Other projections include Western Australia’s population doubling in size, from 2.4 million people in 2012 to 4.7 million in 2040. Queensland will have gone from 4.6 million people to 7.3 million, and the Australian Capital Territory will have grown from 375,000 people to 586,000.

These population projections are based on assumptions of future levels of fertility, life expectancy and migration, which are guided by recent population trends. The average life expectancy in Australia recently cracked the 82-year mark for the first time, reflecting record low death rates.

So if you’re hanging out for your inheritance, don’t expect it any time soon.