The father of missing British-Australian man Gary Tweddle has said that the search effort will change focus towards a recovery mission rather than a search and rescue operation. 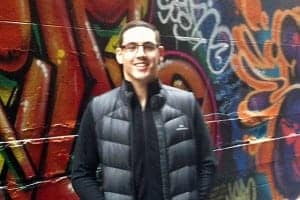 THE father of missing British-Australian man Gary Tweddle has revealed that the search for his son has changed into a recovery operation rather than a rescue mission on the tenth day since the 23-year-old disappeared in the Blue Mountains.

Gary Tweddle, 23, went missing in bushland near Leura in the early hours of 16 July while attending a work conference at the nearby Fairmont Resort. He contacted friends to inform them that he was lost shortly after midnight, and attempted to describe his location before the phone call was inexplicably terminated.

Hundreds of police, emergency services personnel and members of the general public joined the search for Mr Tweddle over the past ten days, scouring the dense bushland and ravines around the Fairmont Resort. Gary Tweddle’s father David paid tribute to those involved in the search effort in a message on a Facebook page dedicated to finding his son yesterday.

David Tweddle wrote: “Over the past 10 days more than 1000 people have searched, coordinated and supported the efforts to locate and return Gary safely. Helicopters, planes, dogs and 1000 people from NSW police S&R (Search and Rescue), The SES (State Emergency Services), Paramedics, Rural Fire Service, Bush Walkers, Riot Squad and many others. Most of these people are volunteers with lives and jobs yet they did 10 days on the bounce, a massive thank you to them, their families and their employers, what can I say…. amazing.”

The Facebook message informed the almost 4000 members of Have You Seen Gary Tweddle? page that police had officially changed the objective of their search to a body recovery, despite references to missing British backpacker Jamie Neal being found after being lost for ten days in the Blue Mountains in 2009.

Mr Tweddle said: “This operation moved to a recovery as of lunchtime today, it isn’t Search and rescue anymore. Stories of Jamie Neil and 10 days survival are in very very different circumstances to this. Gary was not prepared with resources a Bush walker may have plus the terrain is different.

Fewer people attended hospital with stroke during the pandemic – but why?

“The NSW police will continue to search FOREVER if that is what it takes, WE WILL NEVER GIVE UP HOPE. Please be assured that today there are 60 people out there and tomorrow there will be 50+ and we will keep at this, however we the families need to take some hard decisions and united we are doing that.”

Mr Tweddle wrote: “Finally to my beloved son Gary, I miss and love you unconditionally Gaz. I am so proud of all you have achieved at Oracle and with your private life, the depth of this pride is infinite, you are a true star in all our lives.

“Money, possessions and material becomes irrelevant now, its all about time, so my closing message to you my friends is cherish every second you are fortunate enough to have with the people you love. Waste not one moment, be available and show love at every opportunity. I love you so much son, so so much.”

Gary Tweddle was last seen wearing a black leather jacket, a checked-shirt and jeans. He is described as having short brown hair, brown eyes and being around 165-170cm tall. Anyone with information regarding his disappearance should contact Katoomba police on +612 4782 8199.

The reasons for a reduction in milder strokes presenting at hospital aren’t clear. In parallel to the pandemic, the UK’s...