Tony Abbott elicits criticism from Alex Salmond over his statement that ‘the world would not be helped by an independent Scotland’, ahead of next month's referendum. 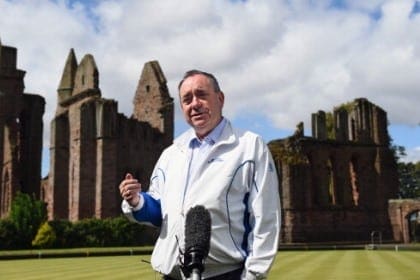 Abbott started off neutral in a statement to The Times newspaper during his recent London visit by saying that the Scottish drive for independence after a 300 year union with the UK is “a matter for the Scots”. However, he followed that statement by saying it is “hard to see how the world would be helped by an independent Scotland.”

Scottish leaders took immediate offence to the statement. Salmond reacted to Abbott’s statement when in an interview on BBC Scotland he said the Australian PM’s comments were, “offensive to the Scottish people considering the benefits Australia has got since becoming independent from Britain after the Second World War.”

“They are foolish, actually, because of the way he said it. To say the people of Scotland who supported independence weren’t friends of freedom or justice, I mean, the independence process is about freedom and justice.”

Salmond also said that the British government recognised the need for a democratic vote on the issue. He added that the referendum was a “model of democratic conduct”.

The Scottish premiere said that the Australian leader was “gaffe prone and had put his foot in it”.

Next month’s referendum will ask voters in Scotland: “Should Scotland be an independent country?” While one recent poll had the ‘No’ vote leading by 20%, most surveys indicate the Yes/No vote is on a knife edge.