UK and international scientists find that giant land mammal evolved in isolation to become a comparatively tiny shadow of its former self. 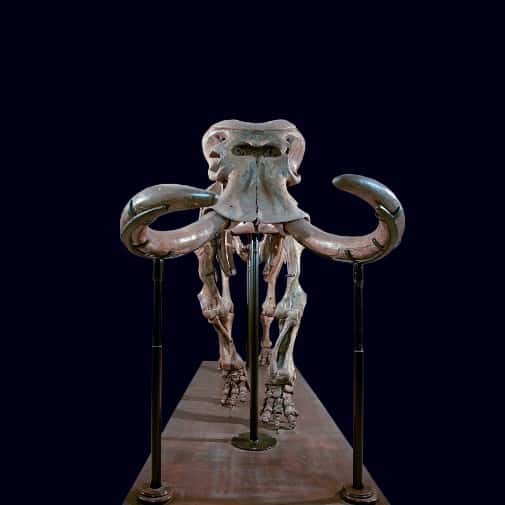 It may just be the biggest weight-loss program in history! A team of UK and international scientists has confirmed that one of the largest land mammals that ever lived lost 8,000kg to evolve into a now-extinct species of dwarf elephant.

In addition, the animal that once lived an isolated existence on the Italian island of Sicily also reduced in height by two metres to create a remarkable transformation.

According to information released by the University of York in the UK, the Sicilian dwarf elephant – thought to have become extinct about 19,000 years ago – was just 15% of its original body mass by the time its dwarfing process was complete.

Evolved from a mammal 4m tall and weighing 10 tonnes

The team found that the less than 2m-tall animal reduced in weight and height by around 200kg and 4cm per generation.

By combining DNA and fossil evidence, the researchers were able to determine that this specific elephant’s maternal lineage diverged from the straight-tusked elephant known as Palaeoloxodon antiquus, which stood at almost 4m tall with a weight of ten tonnes.

“Because of their insular and isolated environments, evolution on islands is a process which can lead to a variety of extreme changes in a short timeframe, including dwarfism and gigantism and is often referred to as ‘evolution in action’,” the university explained in a statement.

Comparable to humans evolving to be 50cm tall and 6kg

To put the extent of the size reduction of the dwarf elephant into context, it would be comparable to modern humans dwarfing to approximately the size of a Rhesus monkey, which stands around 50cm tall and weighs 6-7kg.

Dr Victoria Herridge, an evolutionary biologist based at the Natural History Museum London, said: “It’s such an achievement to successfully sequence an ancient mitochondrial genome from a Sicilian dwarf elephant, and to finally have DNA from a southern European straight-tusked elephant.

“It opens the door for more studies of this kind, and with it the chance to finally crack one of the big mysteries of evolutionary biology: why elephants evolve to be so small on islands.”