The South Australian Supreme Court has ruled in favour of an Adelaide man seeking to be recognised as the spouse of his deceased gay partner in what has been hailed as a landmark victory for advocates of same-sex marriage. 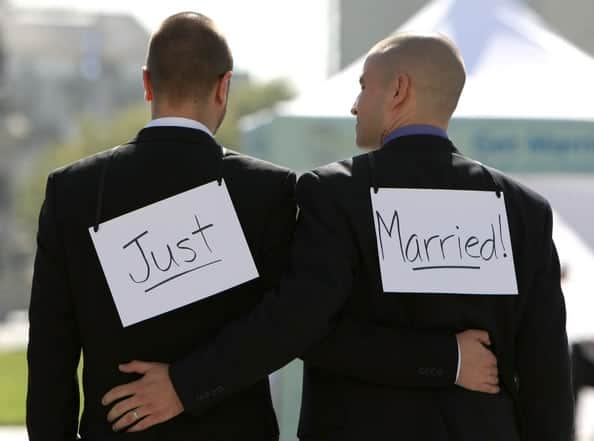 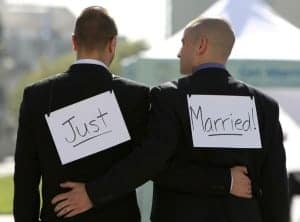 The South Australian Supreme Court has ruled in favour of an Adelaide man seeking to be recognised as the spouse of his deceased gay partner in what has been hailed as a landmark victory for advocates of same-sex marriage.

Justice Tim Stanley ruled that 55-year-old Peter — who cannot be named under the Family Relationships Act — should be legally recognised as the spouse of 90-year-old Robert and be afforded the benefits that come from such a relationship. Robert, a retired businessman, died in 2011 after a prolonged illness.

In his will Robert left Peter the couple’s Adelaide Hills home and $100 000, while bequeathing a further $2 million worth of cash and assets to a local Adelaide college. Justice Stanley increased the cash payment to Peter from $100 000 to $1 million in recognition of his role as Robert’s legal partner.

Justice Stanley said that it was clear to the couple’s friends and family that Robert and Peter had been involved in a serious domestic relationship for around 26 years at the time of Robert’s death. He highlighted the fact that Peter had cared for Robert throughout his illness, although rejected suggestion that Robert had been mentally impaired at the time that he wrote his will.

Supporters of legalising same-sex marriage have hailed Justice Stanley’s ruling as a major step forward in the legal recognition of same-sex couples in Australia. They also claim that it reinforces the need for same-sex marriage legislation to be put in place in order to clear up any judicial grey areas that may exist in current spousal recognition laws.

Australian Marriage Equality national director Rodney Croome said that same-sex marriage legislation would resolve the issue of same-sex partners having to take legal action to secure their rights as a spouse in the event of bereavement.

Mr Croome said: “I welcome the same-sex marriage bill … because it will give same-sex partners a quick and easy way to prove their relationship status instead of being forced to take expensive and traumatic court cases.”

The push for the legalisation of gay marriage in Australia has been building over recent months after the New Zealand government sanctioned the practice earlier this year. Although both Prime Minister Julia Gillard and Opposition Leader Tony Abbott have registered their disapproval for same-sex marriage, a number of prominent Australian politicians have called for the issue to be revisited.

Former Prime Minister Kevin Rudd reversed his opposition to gay marriage last month, saying that his position on the issue had changed since his time in government. Palmer United Party leader Clive Palmer claimed that he would hold a conscience vote on the issue if elected Prime Minister in September’s election, while Independent MP Tony Windsor and Christian Democratic Party leader Fred Nile have both called for a plebiscite to determine the issue.