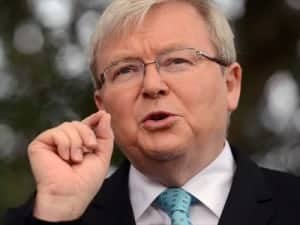 Position
Prime Minister of Australia, Leader of the Labor Party.

Career pre-politics
Rudd spent most of the 1980s overseas while working for the Department of Defence, before becoming involved in politics in 1988 as Chief of Staff to then Queensland Opposition Leader Wayne Goss. He remained with Goss after he was elected Premier in 1989 until 1995. Fluent in Mandarin and with a keen interest in Asia, Rudd was hired as a Senior China Consultant by the accounting firm KPMG Australia in 1996, before winning the Queensland seat of Griffith for Labor in the 1998 federal election. 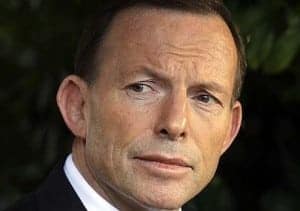 Family
Married to Margaret. Father to Louise, Bridget and Frances.

Career pre-politics
Abbott trained as a Romand Catholic priest in the mid 1980s before working as a journalist, business manager and political advisor.