Mel Greig, one of the Australian radio DJs involved in the royal prank phone call to a London nurse, is taking legal action against her employer Austereo for failing to maintain a safe workplace. 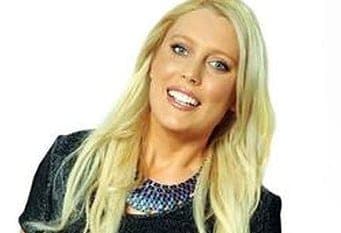 ONE OF the radio DJs linked to the suicide of a British nurse after a prank call is taking legal action against her employer for failing to maintain a safe workplace.

“I can confirm that a general protections application has been filed with Fair Work Australia on behalf of Mel Greig against Southern Cross Austereo alleging the radio station failed to maintain a safe workplace,” Ms Greig’s lawyer, Steven Lewis, told media in Australia

Ms Greig has yet to return to work seven months after making a prank phone call with her co-host Michael Christian to London’s King Edward VII Hospital where the Duchess of Cambridge was being treated for severe morning sickness.

The nurse who put through the phone call to the ward, Jacintha Saldanha, took her own life a few days after the call was broadcast and publicised in the media.

Ms Greig is due to appear as an individual at an inquest into Ms Saldanha’s death, to be held in London in September.

It is not known if she will appear in person or via a video link.

In a controversial move, her former colleague Michael Christian was recently awarded the title of “Top Jock” by employer Austereo. Mr Christian returned to work two months after the incident.

Ms Greig’s lawyers have said she is still employed by Austereo and was not available to comment on the matter.

The claim would proceed to “confidential conciliation” under the Fair Work Act with Fair Work Australia, Australia’s industrial relations body.

If an agreement is not reached the case could end up in court.