Reaction to Morrison plan: Pubs not happy, but thumbs-up elsewhere

Sixty years ago, singer Slim Dusty wailed about the Pub With No Beer. Pubs are still wailing after the three-step announcement. 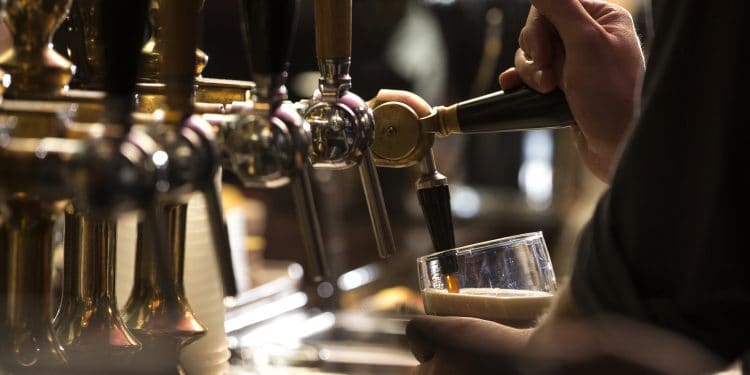 When legendary Australian bush entertainer Slim Dusty released his hit song about The Pub With No Beer in the late ‘50s, he was thinking about outback logistics and the tyranny of long-distance deliveries on dusty, rutted roads.

Never could he have imagined that more than 60 years after the release of a song that is now part of national folklore, Aussies would again be lamenting that our pubs have no beer. Although for entirely different reasons – and this time around it’s not just the odd bush pub beyond the black stump that’s been afflicted.

While many businesses breathed a collective sigh of relief when Prime Minister Scott Morrison announced the nation’s three-step plan to return to post-coronavirus normality on Friday 8 May, publicans have been left bitterly disappointed that they won’t be serving pints, middis, schooners and a few shots of hard-tack until step three of the plan.

Pubs will only operate from July at the earliest

So pub drinkers will be as dry as a dead dingo’s you-know-what (as the thirsty blokes up in the Northern Territory say) until at least July. That’s the earliest likely date for step three to be implemented. But circumstances at the time may determine if it’s even later than that.

Cafes and restaurants will open under Step One and be allowed to seat 10 patrons at a time. But not so for pubs, which has left the Australian Hotels Association frothing at the mouth rather than pulling a frothy pint or two.

Association says its members have been ‘blindsided’

“They (pubs) basically will not be able to reopen their businesses until step three of the recovery process,” Ferguson said. He claimed the plan failed to account for venues with large floor space and most would be forced to remain closed.

Ferguson warned that many pub operators were already struggling with mounting debts after being closed for more than a month and the recovery plan could force some to close their doors permanently.

But others are more positive

But some business sectors are happier. Australia’s tourism industry, for example, has cautiously welcomed the three-step roadmap and the possibility of domestic travel from next month.

“All the signs are pointing to green shoots of domestic travel from June,” Australian Tourism Industry Council executive director, Simon Westaway, told AAP. He said while there was a long way to go before tourism returned to normal, members had already expressed their excitement about the plan for the way forward.

“What’s really important about today is that there has been a level of certainty put out there,” Westaway said. “The level of uncertainty has been a big part of the angst for our industry.”

Jennifer Westacott, chief executive of the Business Council, is also positive. “The national cabinet has laid out a clear roadmap to give the community and business confidence while also respecting the important advice from our health professionals,” she said.

“Business will continue to work closely with governments on plans and protocols to ensure the economy opens up safely so that the health of our staff, customers and suppliers is protected.

“People can have confidence that businesses across Australia are putting in place detailed plans across their industries, so they can operate safely, but get people back to their work and their lives as quickly as possible.”

Westacott added: “We thank the entire Australian community for pulling together so effectively to get us to this milestone and congratulate the National Cabinet on its continued willingness to respond and adapt to this evolving situation.”