Qantas fly London to Australia direct as early as next year

Australia's national carrier Qantas says their new 787-9 Dreamliners will mean the flying kangaroo can hop even further to a bunch of new direct destinations.

Qantas says it will be able to stretch its wings when its fleet of brand new Boeing 787-9 Dreamliners go in to service.

Australia’s national airline is touting direct flights between London and Australia as early as 2017.

The new planes offer far greater fuel efficiency compared to the aging 747s they are set to replace. It means the aircraft will have a much longer range, offering passengers a host of new long-haul destinations that can be reached by direct flight.

For passengers to and from Australia’s eastern seaboard, the new planes still wont quite make it to London in one easy hop. Perth to London is certainly possible though, as are destinations such as Chicago and Cape Town. 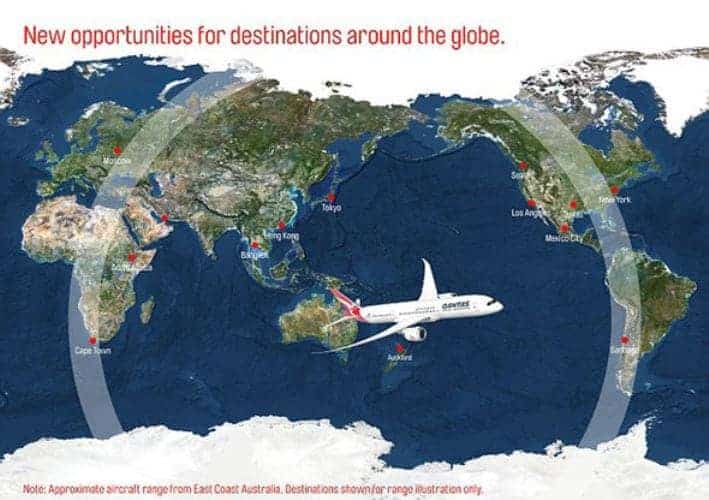 Qantas is yet to confirm the new direct routes or indeed an exact date for the new fleet to commence services, but they are excited about the new opportunities ahead.

“We are yet to announce which cities we’ll be flying the Dreamliner to,” a Qantas spokesman told The Express.

“What we have said though however, the range of the Boeing 787-9 Dreamliner does allow flights like Sydney-Chicago, Melbourne-Dallas or Perth-London to be possible.”