Australian news organisations have reported that Prince Harry will join the Australian Army for a six-month period on secondment later this year, with UK royal officials currently assessing the security risks that such a deployment would involve. 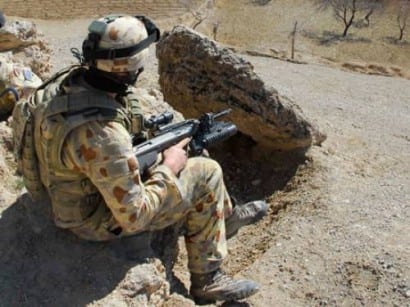 AUSTRALIAN news organisations have reported that Prince Harry will join the Australian Army for a six-month period later this year, with royal officials currently assessing the security risks that such a deployment would involve.

The Australian has claimed that negotiations are underway between Clarence House and the Australian government to determine what form Prince Harry’s secondment with the Australian military would take. It is unclear whether the prince would be formally embedded with an Australian Army unit or whether he would act in a purely observational capacity.

There has been considerable speculation in recent months that a royal visit to Australia was being scheduled for late 2013, with suggestion that 28-year-old Prince Harry would be a guest of honour at the 100th anniversary of the Royal Australian Navy. The prince has only visited Australia once before, working on an outback station during his gap year in 2003.

Prince Harry joined the British Army in 2005, rising to the rank of captain after completing two tours of duty in Afghanistan as an Apache helicopter pilot. The royal completed his most recent four month deployment in January, returning from duties as a pilot and gunner in southern Afghanistan.

It was Australian publication New Idea that forced the British military to recall Prince Harry from active duty in Afghanistan during his first tour of duty in 2007 after breaching the press ban on reporting his involvement in his military engagement.

The Daily Star reported Prince Harry’s anger at the magazine’s interference with his military deployment at a charity gala in 2010. The prince is reported to have said: “I would love to go back to Afghanistan, but the f***ing Aussie press ruined it for me. It was awesome out there and I didn’t want to leave, but I didn’t have a choice.”

Prince Harry was considered a high-value target for Taliban forces during his service in Afghanistan, with a concerted effort by insurgent leaders to kill the third-in-line to the British throne. The royal’s fellow soldiers reportedly took to wearing t-shirts with the slogan ‘I’m Harry!’ in a demonstration of solidarity with the prince, mimicking the well-known scene from the 1960 film Spartacus.

The prince’s father Prince Charles has a close affinity with Australia, with the heir to the throne educated at Geelong Grammar School and making many official visits over the years. Prince Charles allegedly wanted to take the role of Australia’s Governor-General, however was denied the position due to the growing push for an Australian-born head of state.

The announcement of Prince Harry’s potential secondment with the Australian military comes on the 98th anniversary of the ANZAC troops landing at Gallipoli in 1915. The dawn service at Canberra drew a record crowd of 30 000 people, with most other major services recording a significant swell in numbers.