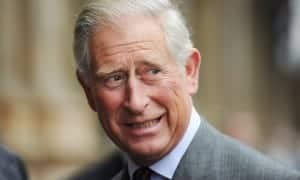 PRINCE Charles joked about the cricket – and the Ashes banter between England and Australia – as he toured an exhibition called Australia at London’s Royal Academy of Arts.

The 209 works of Australia’s most loved and historic paintings, including pieces by Arthur Streeton, Arthur Boyd, Charles Meere, Albert Namatjira and Tom Roberts, have had nearly 90,000 visitors since September’s opening.

Academy president Christopher Le Brun noted how the exhibition marked the first time such a collection of important Australian works had been amassed in the one place.

He set the tone of the night, noting “thank God I was born an artist and not an opening batsman”.

And Prince Charles, who is patron of the exhibition, entered into the spirit.

“Any moment now is the start of the cricket again but what keeps us awake is the bit of Pommie-baiting now and again, otherwise the cricket would come to a halt,” he said.

Driver asleep as self-drive car does 150km/h on highway

Prince Charles and his wife, the Duchess of Cornwall, toured the exhibition and met artists including Christian Thompson and Shaun Gladwell, as well as descendants of Arthur Boyd and Albert Namatjira.

The next in line to the British throne said his love of Australia’s vivid beauty had stayed with him for nearly 50 years – ever since his time as a teenager at Timbertop in country Victoria.

He said during a visit last year that he was captivated by the green hills of Richmond in Tasmania, which he described as “the Cotswolds with Kangaroos”.

The royal couple spent considerable time talking to the grandchildren of Arthur Boyd, Alexander Boyd, a solo pianist, and Florence Boyd, an illustrator.

Alexander Boyd explained that his grandfather would love to listen to him play the piano as he painted and found inspiration in music.

He said Arthur Boyd had met the Prince many years ago, when the two discussed painting with cello music in the background.

“Prince Charles was very much interested in how my father prepared the paints in huge buckets,” Mr Boyd said.

“He would spend as much time getting the paints ready as he did in the actual painting, once he started a painting he wouldn’t stop until it was finished.

“Prince Charles remembered meeting my grandfather years ago and he is a keen painter himself and he was very enthusiastic about the work. His perceptions about the painting were very keen.”

Prince Charles said that the Australian landscape is an integral part of Australia’s national identity.

“For millennia the landscape has served, and continues to serve, as a source of spiritual nourishment to Australia’s indigenous communities,” he said.

“Later as so wonderfully expressed in the poetry of Banjo Patterson, the Australian bush and the well loved mountains became an iconic backdrop against which Australia’s developing sense of nationhood was forged.

“I can’t say every memory inspired my artistic tendencies, as encountering goannas and snakes during hikes in the searing heat never moved me to paint.”