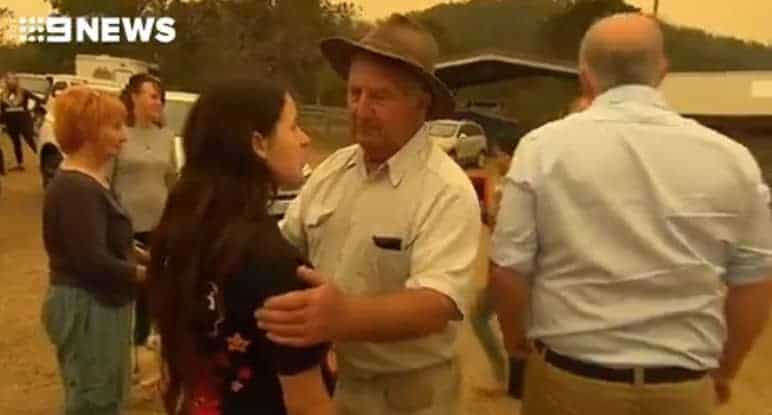 It was meant to be Scott Morrison showing he cared for the victims of the bushfired, but instead it’s become a PR disaster.

As the prime minister set about meeting residents of the New South Wales village of Cobargo, where a father and son were killed this week when it was savaged by the bushfires ravaging south-east Australia, he was confronted by desperate and angry residents.

Mr Morrison went to shake the hand of a woman but she declined, saying she would only do so if he increased funding for the Rural Fire Service. In the moment captured by 9News (see below), the prime minister then awkwardly forcefully grabs her hand for a shake before a man accompanying him steps in to allow the PM to move on, essentially turning his back on the distraught woman.

Other locals then vent their anger at the prime minister, hurling abuse at him, before he is ushered into a car and driven away

“Go home to Kirribilli. Why won’t that burn down?” a man can be heard yelling. “Scumbag”, screams another.

For a prime minister whose image as a leader in crisis has taken a battering since being forced to return from a holiday in Hawaii as the nation burns, it was a disaster.

In response to the incident, the prime minister later told the ABC he was not surprised people were feeling raw.

“I understand the very strong feelings people have,” he said.