Reward of $250,000 being offered for information leading to an arrest and conviction in the case of Steven Goldsmith, who vanished in Brisbane in July 2000. 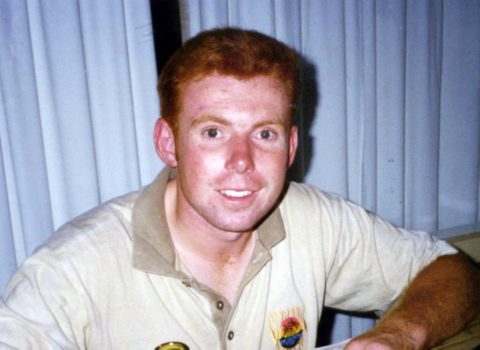 More than 20 years after his disappearance, Queensland Police are refusing to give up hope of solving the apparent murder of Brisbane man Steven Goldsmith.

A reward of $250,000 is now being offered for information leading to the arrest and conviction of the person or persons responsible for his mysterious disappearance in July 2000.

“We encourage anyone who has information and for whatever reason has remained silent, to put that aside and come forward and speak with us,” Detective Inspector Damien Hansen of the police’s Homicide Group said.

Steven’s disappearance was out of character

“Steven’s disappearance was out of character. He was in regular contact with his family in England and he had upcoming plans in life he was looking forward to.

“We strongly believe there are people within the community with crucial information regarding this case. Steven’s parents need and deserve to know what happened to their son.”

At the time of his disappearance, Goldsmith was living in the Brisbane suburb of New Farm and commuting during the week to Toowoomba, where he worked an arborist subcontracted to the City Council and other tree-lopping operators.

According to police, he spent time in Fortitude Valley – known as an entertainment and nightlife area – and New Farm and was known to frequent bars, clubs and boarding houses and was experimenting with drugs.

“Steven’s disappearance has been subject to a thorough investigation and extensive inquiries in relation to possible sightings, however despite efforts that crossed two decades, the matter remains unsolved,” a statement said.

His last known movement was the withdrawal of $3,000 from a Commonwealth Bank ATM, which authorities believe “could well be” linked to the events leading to his death.

“It is particularly important to stress the importance of the matter of indemnity offered along with this reward,” Queensland police minister Mark Ryan noted.

Informant could be eligible for indemnity

“Any person who was involved in the crime, but did not commit the crime, who comes forward and speaks with police is eligible for indemnity from prosecution.”

At the time of his disappearance, Goldsmith was 28 years of age. He was around 175cm tall, spoke with an English accent, had red hair and freckles and a fair complexion. He had several tattoos, including an eagle on his shoulder blade, and walked with a slight limp as the result of a serious injury to his left leg from a workplace incident in 1997.

In 2007, the disappearance was referred to the Coroner, whose findings determined Goldsmith to be deceased.