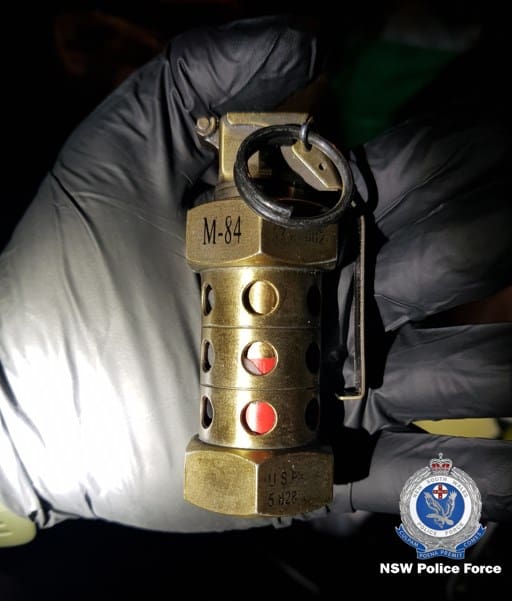 More than 200 people have been charged by NSW Police during a two-day proactive police operation targeting knife crime and anti-social behaviour across Sydney’s metropolitan regions.

Operation Saber VI was conducted on Thursday and Friday, with over 700 officers deployed across the two nights.

Among those arrested was a 27-year-old woman, who was found on licenced premises with a knife and prohibited drugs in her possession. She was also charged with three outstanding warrants.

A replica pistol, a flash bang grenade, a knife and prohibited drugs were allegedly located during a vehicle stop at Carlingford. A 42-year-old man was charged with possessing prohibited drugs, custody of a knife in a public place, goods in custody, possessing an unauthorised pistol and being in possession of ammunition.

At Parramatta Railway Station, 15-year-old boy was charged with custody of a knife in a public place.

His 18-year-old companion was charged with possessing a prohibited weapon after police allegedly located an extendable baton on him during the same search.

Aimed at those who carry illegal weapons in public

Assistant Commissioner Anthony Cooke said the purpose of the operation was to identify and prosecute people who illegally carry knives or other weapons in public, and anti-social behaviour.

“The operation was also focused on bail compliance, people wanted on outstanding warrants, and targeting hot spots that have been identified through local intelligence gathering,” said Cooke.

Operation Saber was first conducted in February 2020, and due to its success, is now into its sixth phase.

“This is continuing to send the message to those involved in anti-social or criminal activity – your behaviour will not be tolerated. If you choose to misbehave or commit offences, you will end up in the back of a police truck and facing the court,” Cooke warned.