The federal opposition is critical over reports that Iran has summoned the Australian envoy to complain about the death of an Iranian asylum seeker in PNG. 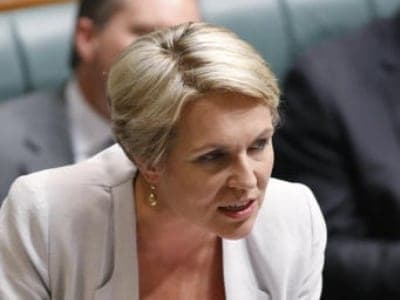 Iran’s protest about the treatment of asylum seekers is a “bit rich” given the country’s human rights record, federal Labor says.

Australian ambassador Paul Foley met with Iranian officials this week after the death of the 24-year-old Iranian asylum seeker on Papua New Guinea’s Manus Island following a riot on Monday.

The ministry’s consular director, Seyyed Hossein Mirfakhar, reportedly expressed Iran’s “protest and discontent” about the “practice of violence and mistreatment” which led to the death.

He sought changes to the treatment of asylum seekers and asked for the details of an investigation into the death, the Iranian news agency IRNA said.

She says news of the Iranian national’s death is “gravely” concerning.

“But I do also think it’s a bit rich for anyone from the Iranian government to be criticising the treatment of asylum seekers from a regime that … may be making positive steps in recent times, but has a record for not respecting the human rights of its own citizens, particularly anyone who is critical of the government there,” she told ABC radio.

Iranian nationals have been among the thousands of people who seek asylum in Australia in recent years.

Many have attempted to reach the country by boat, mostly from Indonesia. – AAP