Palmer United Party leader Clive Palmer has announced his support for on-shore processing of asylum seekers, claiming that reforms to the system would save $5 billion from the Australian budget. 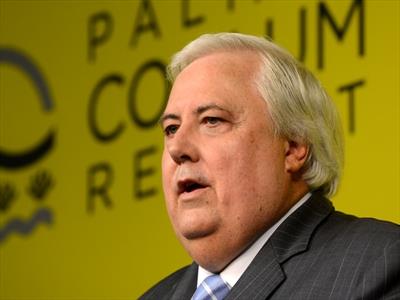 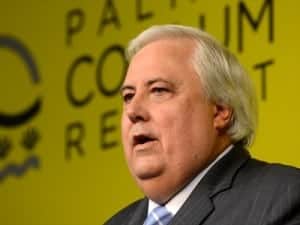 PALMER United Party leader Clive Palmer has unveiled his response to the Rudd government’s asylum seeker policy, with a focus on on-shore processing that he claims will save the country around $5 billion.

Mr Palmer said that the Australian government was being forced to spend $5 billion blockading the country’s coastline against people smugglers because immigration authorities would not let foreign nations board an airplane to Australia without a visa. He said that this prevented legitimate refugees from coming to Australia in a safer way, and forced them to engage the services of people smugglers.

Mr Palmer’s plan would see the visa requirements for those boarding an airplane to Australia be lifted, with a focus on processing the claims of asylum seekers as they are identified in Australian airports. He said that this would assist in disrupting the business of illegal people smugglers and put a stop to the running battles between vessels carrying asylum seekers and the Australian Navy.

Mr Palmer said: “You can have the facilities there to meet them (at the airport), rather than chase them all over the Indian Ocean, and as soon as they get off the plane, you can have them assessed, and if there’s a legitimate refugee claim that can be dealt with then, and appropriately, and the families can be kept together. If they’re a queue-jumper, or someone that doesn’t have a legal entitlement to come here, they should go back in the very next plane.”

Mr Palmer said: “Australia must meet its obligations under the UN Refugee Convention to assess in good faith all asylum seekers who arrive on our mainland or any of our islands. This must be done without discrimination based on the method of arrival.

Mr Palmer is a long-time advocate of on-shore processing for asylum seekers, claiming in 2011 that the establishment of off-shore detention centres by the Australian government was no different to what the German government did during World War II. He said that the policy was damaging Australia’s image in the region and “turning off” Asian tourists from coming to the country.

In 2011, Mr Palmer said: “Is that the sort of policy we want to project to Asia? ‘What sort of people are these Australians who are doing that to people?’ Would you want to go there for a holiday?”