The family of the British nurse, Jacintha Saldanha, who committed suicide days after a prank call by two Australian DJs has slammed the radio station for giving one of the DJs, Michael Christian, a major award. 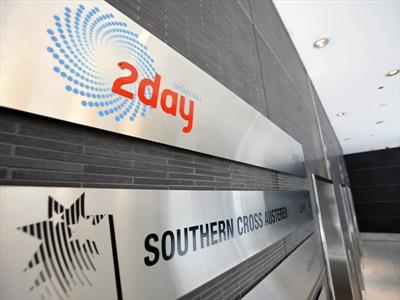 THE FAMILY of the British nurse who committed suicide days after a prank call by two Australian DJs has slammed the radio station for giving one of them a major award.

Michael Christian has been crowned “Top Jock” during Southern Cross Austereo’s “best in the land” competition – despite continuing outrage over the incident.

The spokesman for nurse Jacintha Saldanha’s grief-stricken family says it’s “ludicrous” the DJ has been recognised.

“The giving of this award to Michael Christian is distasteful and disgraceful so soon after the tragic death of Jacintha,” British Labour MP Keith Vaz said in a statement on Wednesday.

“It sends out completely the wrong message at the wrong time for the wrong reasons.”

“To be seen to be awarding people so soon after such an event, I think, is just in bad taste,” Senator Conroy told Fairfax Radio.

But beyondblue chairman Jeff Kennett said it was outrageous to criticise granting an award based on someone’s professional development within a company.

“The consequences of what happened were unintended and terribly sad, so why would you want to hurt him now?” the former Victorian premier told AAP.

The honour comes six months after Christian and 2Day FM colleague Mel Greig made a prank call to London’s King Edward VII Hospital, where the Duchess of Cambridge was being treated for severe morning sickness.

The pair were put through to her ward by Ms Saldanha, a 46-year-old mother of two, who took her own life soon after the hoax was widely publicised in the British media.

Christian and Greig faced the brunt of international condemnation for the prank and issued tearful apologies.

Greig has maintained a low profile since then and plans to appear as an individual at the upcoming September inquest into Ms Saldanha’s death.

But Christian, who now works at Austereo’s Melbourne station Fox FM, said he had something to prove by applying for the network’s award.

“Regardless of all that’s happened in the past few months, I’m still at the top of my game,” he said in a statement.

“It felt good to see my name at the top of the final leaderboard.”

As Top Jock winner, Christian will fly to Los Angeles for a studio tour and he’s urged fellow DJs to “try new things” and “never give up”, no matter how many obstacles life throws in their way.