No new recorded cases in the territory for 28 days. But government believes more infections will inevitably happen. The Northern Territory has confirmed that it has clinically eradicated the coronavirus within its borders – for the second time.

But before the good folk of the territory head off to their nearest dusty outback pub to celebrate with a stubby or two, be aware that even the Health Minister thinks this won’t be a permanent state of affairs.

In order to achieve ‘clinically eradicated’ status, a state or territory must have no new recorded cases for 28 days since the last recovered case of the virus. In the NT’s case, the last confirmed cases of COVID-19 were on 31 July and 1 August.

The territory was previously declared free of the virus in June. In doing so, it became the first state or territory to achieve the milestone.

However, various interstate and foreign arrivals saw the virus again being reintroduced to the NT.

“Although we have hit this clinical definition of eradication we were, and still are, aiming for a suppression strategy,” she said.

“I do believe we will see COVID-19 in the territory, but we are well prepared to deal with that.

Resources are in place, says Minister

“In terms of the eradication, we may see cases again in the NT but we have the resources in place, the testing, the contact tracing, to keep Territorians safe, to contain and supress that outbreak,” Fyles added.

And while there is some further relaxing of interstate travel regulations in the offing, this will only be done in a controlled manner.

“Our hard border controls are still there and will stay there for a long time. We have cops on borders and in airports, forced quarantine for hot spots and tough consequences for rule-breakers,” Chief Minister Michael Gunner told the Northern Territory News.

Travel restrictions to be slowly relaxed

“We will keep doing whatever it takes to stay the safest place in Australia,” he said.

There has already been some relaxing of travel regulations, with Brisbane and some regional areas in New South Wales coming off the NT’s hotspot list last month.

It also seems likely that Greater Sydney will come off the list in October, providing that infection numbers continue to fall. 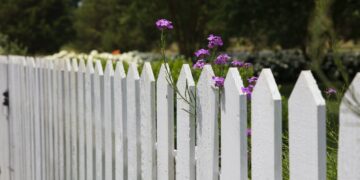