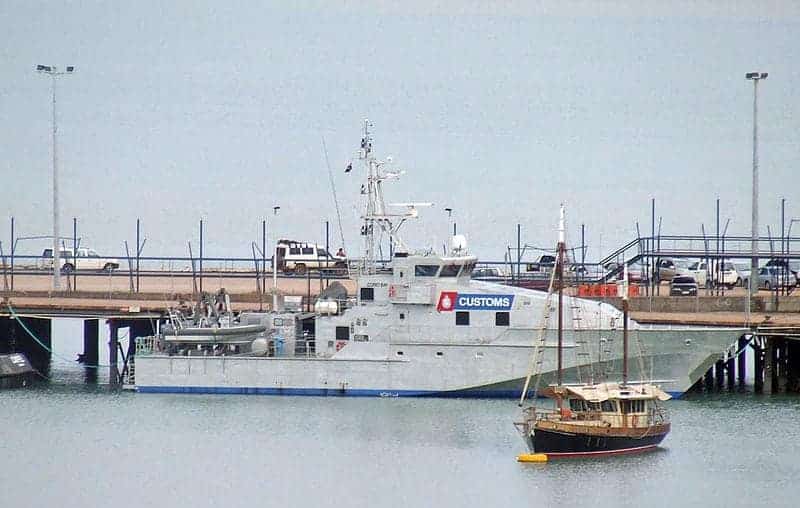 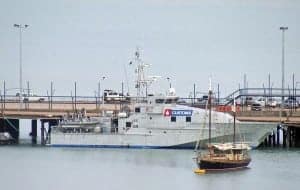 According to an article by AFP a new border super agency will not only curb the ever present problem of transnational crime but is already translating into savings for the Australian tax payer.  So says Immigration Minister Scott Morrison.

Announced in Sydney on Friday Morrison attributed the recent success of the boarder protection agency to the merger of the operations between immigration and customs departments.

This new strategy, based on a similar British and American model, has successfully curbed illegal arrivals on Australian soil for the past four months.  Asylum-seekers entering Australian waters have been met with what is called the agency’s military-led Operations Sovereign Boarders’ ‘hard-line’ approach.  Read more about this in our story; ‘Police asked to investigate asylum boat turn-back.’

In the week leading up to the conservative government’s first budget Morrison detailed the fiscal savings stopping illegal boats resulted in. And said that this policy has already saved Australia $2.5 billion with more savings eminent after the planned closure of six detention centres in addition to four closures already affected.

In a statement by AFP it is reported that Morrison said, “This is the fiscal dividend of the coalition’s stronger border protection policies”.

The policy effectively results in boats being turned back to where ever they may originated from – in this case, mostly from Indonesia.  Those who do manage to make it ashore are sent to camps on remote Nauru and Papua New Guinea’s Manus Island in the Pacific for processing and denied resettlement in Australia.

Morrison said in a statement that the Australian Border Force should however not be seen as just a cost saving measure as it is mandated with a measure of reformation too.  He added that the new structure would streamline boarder security, with a cost saving knock-on effect.

“Now what that will do is ensure we have an integrated presence on our border to not just be dealing with people-smuggling but the full range of threats.” He added that one of the agency’s key objectives is to keep a handle on the consistent and growing menace of international gangs attempting to enter Australian water.

“Organised criminals will pedal anything from which they can profit — people, drugs, guns or other illicit substances. And not everyone who comes and goes through our airports every day visits with benign intent,” he said.

“Transnational criminals are in the border busting business. It is their job to violate our borders to conduct their trade. It is our job to put them out of this business, and at the very least make it as difficult as possible.”

The agency’s investigators, intelligence officials and law enforcement officers will work closely with Australian border officials stationed at harbours and airports throughout the country.

“Establishing a single border agency is not new. It has been a theme of global border reform for decades, in particular in the United States through the Homeland Security Department and a series of reforms at the UK Home Office,” said the minister.

“In bringing together this reform we have studied their failures and their successes. The model proposed is a hybrid of the current UK Home Office model that has also evolved from their experience in dealing with these issues.”