Foreign affairs minister, Marise Payne, has confirmed that Australia’s ambassador has been allowed to speak with Professor Sean Turnell. 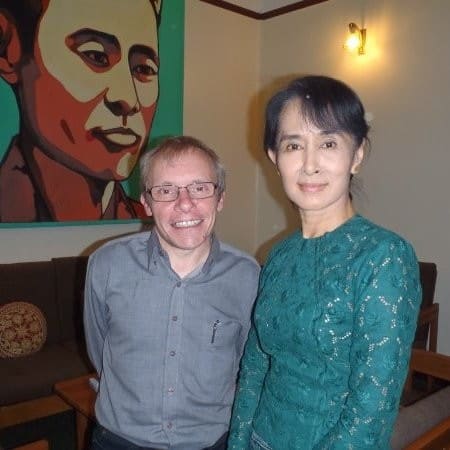 The Department of Foreign Affairs has confirmed that it has been able to speak to Professor Sean Turnell, the Australian academic and economic advisor who was detained on Saturday in the wake of the military coup in Myanmar.

Ambassador discussed his health and conditions

“Our Ambassador and Professor Turnell discussed his health, welfare and the conditions in which he is being detained,” Payne said in her statement.

“We continue to call for Professor Turnell’s immediate release, and for his rights and welfare to be upheld. We are pressing the Myanmar authorities for regular consular access to Professor Turnell.”

The statement ended with an appeal to respect his family’s request for privacy “during this difficult time”.

A respected economist with an honorary position at Macquarie University in Sydney, Turnell was working as a consultant to Myanmar’s civilian government before the coup began on the morning of 1 February, when democratically elected members of the ruling party, the National League for Democracy, were deposed.

He is an acknowledged authority on the Myanmar financial system and has published what has been described as “the definitive” book on the subject.

“The Australian academic … had believed that 2021 would be a key reform year for the Aung San Suu Kyi administration that was returned to office in a landslide victory last November,” The Australian newspaper reported yesterday.

“A host of new economic reform bills were lined up to be tabled before the new parliament on February 1. Instead, the military seized power just hours before the opening session.”

He was developing a new economic plan for the country

Part of his role was to develop a new economic plan for the country as it struggles to recover from its pandemic-induced recession.

According to The Australian, the professor was about to be picked up by Australian diplomats in Myanmar and evacuated when the military intervened.

In a recent statement his wife Ha Vu, who is also an economist at Macquarie University, said: “Myanmar is a country with which he has fallen in love, and through working on and for it for more than two decades, he brought jobs, investment and hope to many of the poorest people there without thought of reward or concern for his own advantage.”