Morrison’s authority deficit on show at home and abroad

VIEW FROM THE HILL: When a prime minister has diminished authority, people don’t bother so much with the niceties. 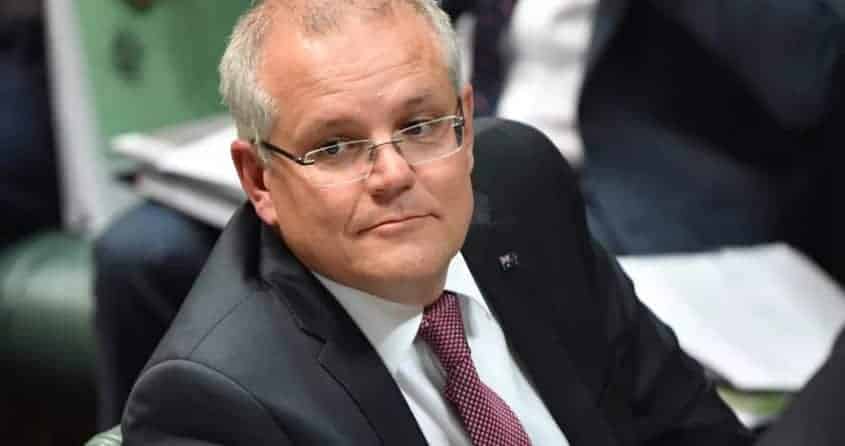 Scott Morrison admitted on Wednesday that Julia Banks had not given him notice of her intention to announce in parliament at midday on Tuesday that she was jumping ship. Asked by Alan Jones, “Did she tell you?” Morrison said, “No she didn’t and of course that’s disappointing”.

This was surprising in itself – it would have been normal courtesy to inform the PM.

In other circumstances, however, it mightn’t have mattered – and Morrison has a thick skin.

But to have his 11:45am news conference – which was called to put out the date of next year’s budget – hijacked by word filtering through of Banks’ bombshell was highly embarrassing.

It said everything about a prime minister not in touch with what was going on in his own ranks.

Then on Wednesday it was revealed that Morrison does not have a bilateral meeting with President Trump scheduled when they’re at the G20, for which he departs on Thursday.

The official explanation from the Prime Minister’s Office was lame. A spokesman said: “The PM will no doubt have the opportunity to touch base [with Trump] during the G20 meetings. Given we have no pressing bilateral issues at the moment and the PM had an extensive opportunity with VP Pence at APEC, there is no pressing need for a formal bilateral at this stage. The relationship is being well managed.”

There is speculation of a so-called “pull aside” – an informal meeting on the fly, but the impression is that the Americans are treating the Morrison government somewhat dismissively. It seems rather galling after all the recent talk of the government’s pivot to the Pacific and co-operation with the US in the Manus naval base.

A meeting with the Vice-President is no substitute for one with the President.

The seeming brush off can be put down to what might be expected from a capricious president. But it was quickly seen by some as a judgement by the Americans that Morrison won’t be in office very long.

Meanwhile the Liberal party meltdown has caused Treasurer Josh Frydenberg, who is deputy Liberal leader, to drop plans to accompany Morrison to the G20. His place will be taken by Finance Minister Mathias Cormann.

Pressed in Parliament about his change of plans Frydenberg could only dodge.

When Frydenberg won the deputy leadership (by an overwhelming vote, defeating Greg Hunt and Steve Ciobo) in the August mayhem, he was regarded as a consensus figure who commands considerable respect across the party. He will need to draw on all that respect in the next few months.

As if he didn’t have a big enough job getting on top of his Treasury portfolio in the run up to the December budget update and then an early budget, Frydenberg is finding himself strongly tested in the deputy role, which becomes especially important in an unsettled and fractious party.

The Liberals this week are shell-shocked and unnerved after the Victorian rout and both the fact and implications of Banks’ desertion.

The parliamentary party is flakey on many fronts. Turnbull supporters seem to have become angrier as time has gone on. Continued talk about the Liberals’ “women problem” is undermining the government’s efforts to appeal to female voters. High profile former Liberal deputy Julie Bishop is off the leash, with provocative comments on subjects ranging from energy policy to Home Affairs Minister Peter Dutton’s parliamentary eligibility.

The Dutton issue hangs menacingly over the government. If the opposition can muster the numbers to have him referred to the High Court, it would be seriously destabilising.

Dutton would not have to resign from parliament while the case was heard but to have him remain on the frontbench (as Barnaby Joyce did) would see the government distracted by a fresh crisis.

Despite the Coalition falling further into minority government with the loss of Banks, the opposition hasn’t this week moved against Dutton.

He is absent from parliament after injuring his arm and Labor would prefer, for the sake of appearances, not to act in his absence. More to the point, however, it does not yet have the numbers locked in.

It needs six of the now seven crossbenchers, and whether they can be corralled appears to be a day-to-day proposition. Banks and Kerryn Phelps, sworn in on Monday, on Tuesday discussed Dutton’s eligibility
in a meeting with Attorney-General Christian Porter.

The government has five more sitting days to struggle through before parliament finishes for the year. It has produced a parliamentary calendar for next year, with its April 2 budget, that provides for only some 10 sitting days before the election is called for May 11 or 18. There are no sittings at all in March.

The minimal sittings speak volumes about a government that lacks the numbers in the House (its position could even worsen, if rightwinger Craig Kelly, who faces losing preselection, defected to the crossbench) and usually is at its chaotic worst when parliament is in session.