Up to 1 300 jobs could go and around 75 stores will close. Minister says company doesn’t “give a rat’s about us”. Between 1 000 and 1 300 jobs could be lost over the next year with the announcement that the Target retail chain will close up to 75 stores. A further 90 are set to be converted to Kmart outlets and the future of the Target brand must now be in the balance.

The announcement was made on Friday, 22 May by Perth-based Wesfarmers, which owns the mid-price department store chain. Wesfarmers also owns the Kmart and Catch retail brands, among other business interests.

Half of all Targets stores impacted in some way

In all, the store closures and mergers involve more than half of Target’s 284 outlets across Australia.

Job losses will come from the stores being closed, as well as from Target’s head office in Melbourne, where half of the 400 positions will be cut.

Some staff will be redeployed to Kmart outlets and Wesfarmers has also said it will attempt to place other affected employees elsewhere within the group.

You can see more media reaction to the announcement here:

A large number of the stores that will close are in country areas. This has led to an immediate and strong reaction from David Littleproud, Minister for Agriculture, Drought and Emergency Management, who said it showed the company didn’t “give a rat’s about us” and Australians should boycott it.

“If they want to turn their back on the most vulnerable, it just goes to show that corporate Australia has lost its way, morally,” he stated. “I think Australians should vote with their wallets and not go near them.”

In his response, Wesfarmers MD Rob Scott said Littleproud’s comments were “probably spurred by disappointment”. He added: “We’re all disappointed with what’s happening with jobs in Australia at the moment.”

Scott noted that it was not a decision that had been taken lightly. “If we could find an economic way to service those communities we would have done so,” he stressed.

“The retail market is fiercely competitive, especially in the mid-market apparel area,” Scott said. “We have made every effort within Wesfarmers to find a sustainable way forward for Target.”

You can read the full statement released to the Australian Securities Exchange by Wesfarmers here.

In a comment to the media, Wesfarmers said: “We continue to believe that Target has a future as a leading retail brand in Australia and is much loved by many customers. But a number of actions and changes are required to ensure it is fit for purpose in a competitive, challenging and dynamic market, including a smaller number of stores and a stronger online business.” 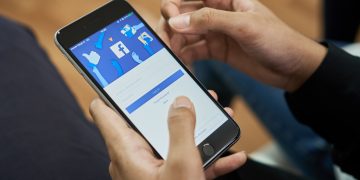 Appeals Court says man can sue media houses over comments made about him by members of the public. Companies say...