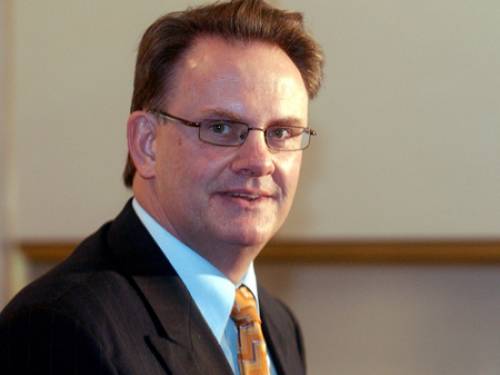 Mr Latham, who led the ALP in Opposition between 2003 and 2005, was appearing on ABC current affairs panel Q&A when he renounced the ALP’s policy of processing all illegal migrants that claim asylum. He said that his policy towards asylum-seekers had been “wrong” when he was in Opposition, and that his political adversary John Howard “was right” to take a hard line against illegal immigration.

The controversial former politician called on Ms Gillard to tow boats carrying asylum seekers back into Indonesian waters without the country’s prior approval in an attempt to pressure Jakarta into taking stronger action against the people smugglers operating out of Indonesian ports. He said that corruption in Indonesian law enforcement facilitated people smuggling, and that the Indonesian government “will never agree” to take responsibility for the issue.

Mr Latham said: “We’re talking about a major problem here, and we’re better off confronting that. The Indonesians won’t agree but it should be tried in an exercise almost like calling their bluff. No decent person with any sort of heart could stand by and watch these families, these children, drowning on the high seas between Australia and Indonesia.

“There comes a time in politics and public life . . . where the thought of lying in bed at night thinking of young children drowning on the seas — who gives a crap about parliamentary politics — there comes a time to call the truth and to act on it.”

Liberal frontbencher Malcolm Turnbull supported Mr Latham’s position, saying that “seaworthy” vessels could be escorted “to the limit of the territorial waters so that their only option is to return there (Indonesia).”

He said that the government would only take this course of action “where it is safe to do so” and admitted that the co-operation of the Indonesian government would be important in order to ensure the safety of those on board the suspected people smuggling vessels.

Shadow Foreign Affairs Minister Julie Bishop sparked controversy earlier this month after claiming that the Opposition had received assurances from Indonesian President Susilo Bambang Yudhoyono that Australia’s nearest neighbour would support the Coalition’s policy of returning asylum-seeker boats to Indonesian territory. Ms Bishop’s claims were firmly denied by Indonesian Ambassador to Australia Nadjib Riphat Kesoema, who said that “no collaboration will happen” between Indonesia and a potential Abbott Government on the issue of turning around asylum-seeker boats.

Parliamentary research shows that 110 boats illegally entered Australian waters in the 2011-12 financial year, carrying a total of 7983 asylum seekers. This is considerably higher than similar statistics from a decade ago, which show that zero boats carrying asylum seekers were detained in the 2002-03 financial year.