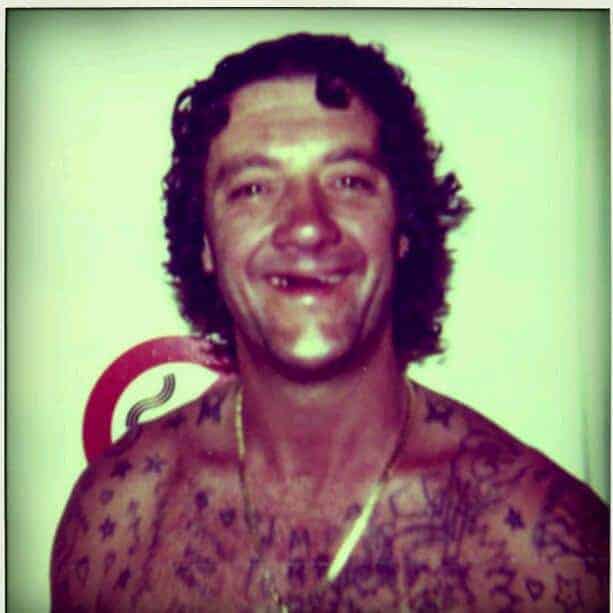 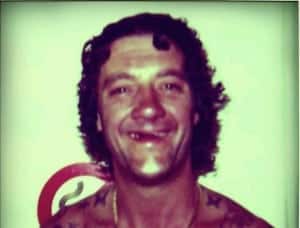 Read, 58, died at 1:30pm on Wednesday at the Royal Melbourne Hospital surrounded by his family, including wife Margaret and son Roy.

His elderly mother and another son Charlie, from his first marriage, had been with him earlier in the day.

“I am deeply saddened to confirm the death of Mark Brandon Read, known widely throughout Australia and the world as ‘Chopper’. Mark passed away today at the Royal Melbourne Hospital after a long and courageous battle with liver cancer,” his manager Andrew Parisi said in a statement.

Read was the author of more than a dozen best-selling true crime novels, which drew on his own experience in the Melbourne underworld and the stories he had gathered from others during his 23 years in prison.

Read had revealed in April 2012 via twitter he had cancer, which he believed was the result of contracting hepatitis after being stabbed by a fellow inmate Jimmy Loughnane in Pentridge Prison.

At the time of diagnosis, doctors had predicted Read had weeks, or up to six years to live. He had refused a liver transplant, saying he did not deserve it.

Read had spent much of his adult life in prison for committing multiple violent crimes. Read claimed to have killed 19 men, but he was never convicted of a single murder.

He gained infamy in his younger days for sometimes using a blowtorch or bolt cutters to remove the toes of his targets.

Read also had a fellow Pentridge Prison inmate slice off both of his ears while in jail.

Read’s career in crime was captured in the film Chopper, where starred Eric Bana as the title character.

For the last 15 years Read had lived a quiet life with wife Margaret in Collingwood. He worked as a writer, painter and public speaker.

Mr Parisi said Read made his last public appearance in front of a sold-out audience at Melbourne’s Athenaeum Theatre a fortnight ago.

“Despite his failing health, he delighted the audience with his skills as a raconteur and storyteller. This is how he would wish to be remembered, as someone who spun a great yarn and made many people laugh,” he said.