Manus island asylum-seeker suing Australia for loss of an eye

An asylum-seeker detained at the Manus Island refugee camp is suing the Australian government and its outsourced security company after a riot in February left the man with severe head trauma. 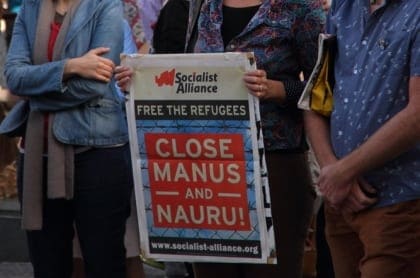 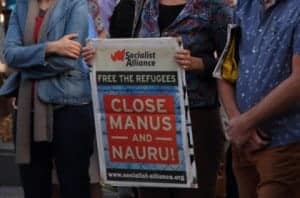 An un-named Indonesian man in his thirties is suing the Australian government and the British security company G4S for compensation after he suffered severe head trauma during a riot at the detention centre in Papua New Guinea.

According to reports the man’s injuries were so significant that his eye had to be removed and skull fractures required the insertion of screws and titanium plates.

“Our client has suffered enormously, both physically and psychologically, because of what we say is the failure of the (Australian) Commonwealth and G4S to provide a safe and secure environment for people at the Manus Island detention centre,” Maurice Blackburn principal Jane McDermott said.

McDermott also said their client was suffering post-traumatic stress disorder, depression, anxiety and suicidal thoughts, and was also being assessed for a brain injury.

This is not the first instances of violence at the camp that has left detainees injured. To date 69 asylum-seekers have been injured during riots in the camp and one Iranian man had met his death there.

Since July 2013 Australia’s hardline on immigration and border control has meant that ‘boatpeople’ caught attempting to sail to Australia to seek asylum have been sent to camps on Manus Island and Nauru while their refugee statuses are assessed.

The first court hearing will be on September 13.