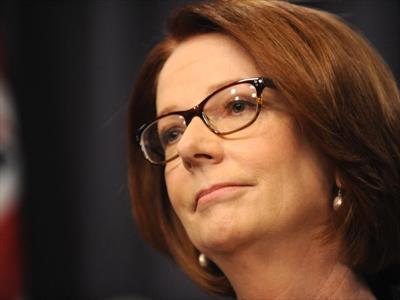 The latest Fairfax-Nielsen poll shows that support for Ms Gillard amongst males had fallen by 7 per cent in the aftermath of last week’s controversy, while her support amongst women had failed to achieve a significant bump. The Prime Minister’s declining support has resulted in the government’s worst polling performance in a year, with only 29 per cent of respondents approving of the Gillard government.

This is the second time that the government’s approval rating has fallen below 30 per cent in the last year and is a reflection of the turmoil facing Ms Gillard’s re-election campaign. The polls suggest that — if an election was held tomorrow — the result would see a 7 per cent swing towards the Coalition with the government losing as many as thirty seats.

Opposition Leader Tony Abbott said that he believed that Australian politicians should have moved beyond using hot-button issues like gender in an attempt at political point-scoring.

Mr Abbott said: “I think the government of Australia and the Prime Minister of Australia should be above playing these sorts of cards. Whether it’s the gender card, the class card, the where-you-are-born card. We should be bigger and better than that.”

Ms Gillard last week steered the political agenda towards a re-examination of the gender issues that drew her international attention and acclaim in 2012. The Prime Minister was applauded last year for delivering a speech to parliament that condemned the alleged misogyny of Mr Abbott and his Coalition colleagues.

The revelation that a fundraising dinner for Liberal-National Party member Mal Brough had involved a menu that referred to Ms Gillard in a sexist manner was used by the government to highlight an alleged institutional misogyny within the Opposition ranks. Mr Brough apologised for the poor taste menu, with the owner of the restaurant that hosted the dinner taking responsibility for its publication.

This was coupled with Ms Gillard’s comments that Mr Abbott would significantly change abortion legislation in government, and a controversial radio interview with shock jock Howard Sattler in which the Prime Minister was repeatedly questioned about the sexuality of her partner Tim Matheison. The Perth-based radio host was later fired from his position with the Fairfax Radio Network despite claims that Ms Gillard’s office had promised him a candid interview.

The latest polling data comes as speculation increases that former Prime Minister Kevin Rudd may make a dramatic return to the top job, with many senior Labor figures believing that Mr Rudd is the only hope that the party has to retain government. It is believed that Mr Rudd has refused to nominate for leadership of the Labor Party unless given the support of several key ministers including power-broker Bill Shorten.