Long lives the Queen on her 90th birthday

The monarch’s dedication to duty, remarkable service, religious faith and tireless work as a symbol of national unity and of continuity over six decades of change is amazing.

by Richard Fitzwilliams
in News

Three days of events in Windsor will mark Her Majesty the Queen’s 90th birthday on 21 April. They include unveiling a plaque and a walkabout as well as lighting the first in a chain of 1,000 beacons to commemorate this unique occasion on the actual day.

On 22nd April the Queen will lunch with President Barack Obama and Michelle Obama privately at Windsor. It is Mr Obama’s fifth visit to the United Kingdom (the state visit was in 2011). He and his wife have established a warm relationship with the Queen. 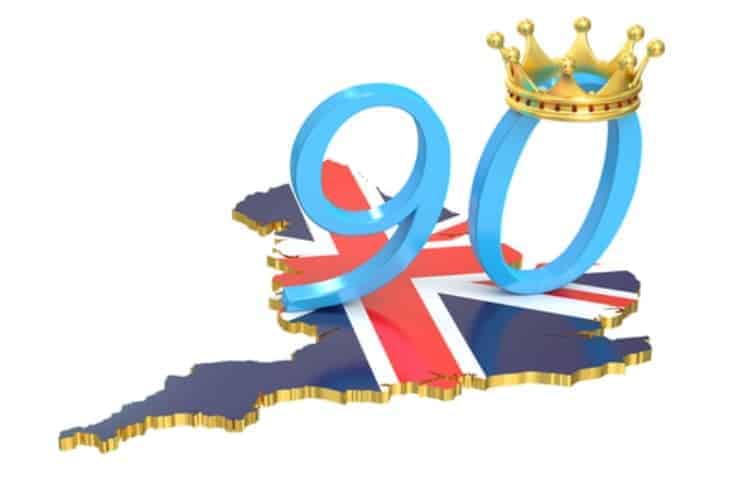 There will be three days of national celebrations around her official birthday (11th June), from 10th June (the Duke of Edinburgh’s 95th birthday) to 12th June, as well as an equestrian event at Windsor from May 12th-15th.

Happy and glorious, long to reign over us

The monarch’s dedication to duty, remarkable service, religious faith and tireless work as a symbol of national unity and of continuity over six decades of change is amazing.

She has been sustained by The Duke of Edinburgh, her “strength and stay” since their marriage in 1947.

Elizabeth II has broken every record; she is the oldest and the longest reigning British monarch, as well as the most travelled and her championing of the 53 nation Commonwealth is legendary.

For me her 2011 trip to Ireland is the highlight of a reign in which she has projected British soft power tirelessly.

Benefits from tourism, for charity and from trips abroad mean that the monarchy is worth far more than 56p per person (excluding security).

The Queen enjoys enormous popular affection and one wishes she would always be there to reign over us.

And she must be delighted by the latest Ipsos/Mori poll which shows huge support for the monarchy and the success of its younger members. Her dedication has ensured its future.

What to give the Queen for her 90th birthday? Perhaps a future Derby winner… she has never won it!