Live interviews with former PM Gillard sell out in a day

Former Australian prime minister Julia Gillard will give candid interviews with author Dr Anne Summers in front of live audiences in Sydney and Melbourne, with both shows selling out. 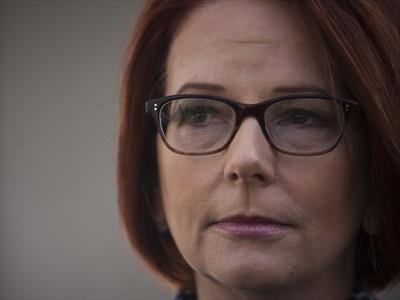 JULIA Gillard has proven to be a popular live act with two events featuring the former prime minister selling out within hours.

Ms Gillard has kept a low profile since she retired from parliament at the election, after being ousted by Kevin Rudd as Labor leader in June.

But that’s about to change with two upcoming interviews by author Dr Anne Summers in Sydney and Melbourne.

Ms Gillard is the inaugural guest of the Anne Summers Conversations, the first of which will be held at the Sydney Opera House on 30 September and the second at Melbourne Town Hall on 1 October.

“I want to give Ms Gillard the opportunity to share with us what it was really like to be Australia’s first female prime minister, her proudest achievements in office, how she dealt with the harsh treatment by media and fellow politicians, and her feelings on being voted out of the job,” Dr Summers told AAP.

“I’ll also ask her about her plans for the future.”

The Melbourne event sold out in four hours and the Sydney event in seven hours after tickets went on sale on Tuesday.

The events will run for 90 minutes, featuring an hour-long interview followed by 30 minutes of questions from the audience.

The former member for the Melbourne seat of Lalor’s first post-election comments were on Twitter congratulating Labor and the coalition.

Ms Gillard said: “A tough night for Labor. But a spirited fight by Kevin, Albo, George + the whole team. My thoughts are with you all.”

On the coalition’s win, she wrote: “Congrats to Mr Abbott & Mr Truss for leading their parties to victory. I wish them & their teams well. It’s always an honour to serve.” – AAP