A little Aboriginal girl was told she could not be her favourite Disney Princess since she's black. 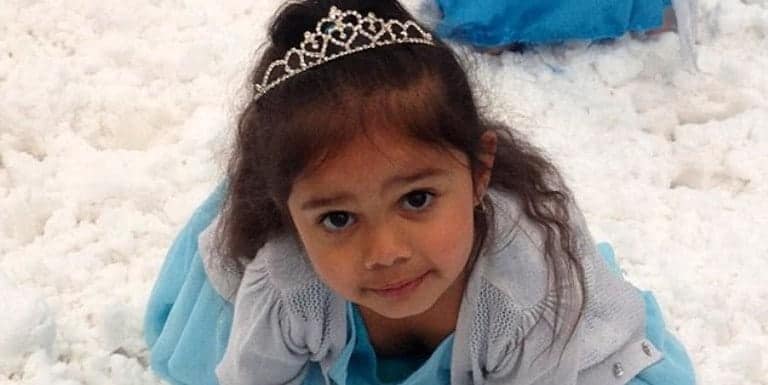 A strong little girl emerged as an icon for the Aboriginal community after she suffered racial abuse at a recent Disney event in Melbourne.

Although initially traumatized by an incident where three-year-old Samara Muir, dressed as Elsa – her favourite Disney princess, was told she is ugly because she is black, Samara triumphed by publicly encouraging Aboriginal girls to don their Elsa outfit when she appeared on Channel 10.

The incident in which Samara, from Ballarat, was teased and abused a Melbourne Disney event at Watergardens shopping centre in Taylors Lakes last month happened as she was lining up for the snow pit with her mother Rachel Muir.  Muir said to The Courier that another mother and her two daughters began to verbally abuse the young girl.

“The lady in front of us turned around to Samara and said ‘I don’t know why you’re dressed up for because Queen Elsa isn’t black’,

“I asked the woman what she meant by the comment and then one of the woman’s young daughters screwed up her face, she pointed at Samara and said ‘you’re black and black is ugly’.”

Little Samara became was so upset by the incident that she refused to attend Aboriginal dance classes and starting taking baths daily in a bid to scrub off her black skin.

“She was requesting to bath every day and she was soaping up to make herself look white,” Ms Muir told NITV News.

“She got the loofah glove and scratched herself until it was red. I had to tell her skin colour isn’t going to come off. You are born that way and you’ve just got to stand up and be proud of that,” she said.

“She had her Aboriginal dance classes to attend but she didn’t want to attend them. I asked her why and she said, ‘because black is ugly.”

But the little girl found her inner strength her mom says, “She now  tells people, if you scratch your skin it won’t come off. You have to be proud of who you are. She sure is proud of her culture, and tomorrow she will go back to her dance class after a month to do some dances for NAIDOC.

“She has encouraged other indigenous girls to stand up and wear their Elsa dresses and be proud of you they are.”

Ms Muir and her daughter have received a flood of messages of support, with rapper Adam Briggs posting a short clip with Samara on his Facebook page and inviting her to feature in his new film clip. Samara will play a young Cathy Freeman.

Samara will now also be a real life princess when she is set to feature in the Disney on Ice Dare to Dream show.

Samara told The Project: “I love being a princess, Elsa’s the best princess because she really is strong.”

“I just thought it would be a story people would click past and forget. To know that she has touched so many people … that they see her how I see her, is just incredible,” said her mom.

“After every message Samara smiles and says: ‘Thank you your majesty’.”

“She is back to her proud, beautiful Aboriginal self.”