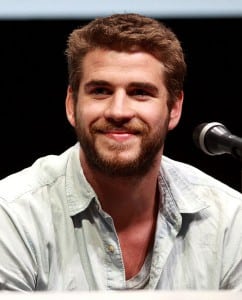 “NO child should have to be taught sex education by their mum,”Australian Actor Liam Hemsworth says.

In an interview on the Tonight show with Jay Leno, the star of Hunger Games described how his teacher mum, Leonie, taught sex education at his school.

“It’s exactly what you think it’s like  — really uncomfortable.”

Hemsworth recalled how he had to listen to his mum talk about her  sex life whilst sitting in a room with his class mates.

“You’re talking about chlamydia and STIs and every other sexually transmitted disease you can get. It was interesting until she starts talking about her own experiences. That’s when I just headed out the door. I’ll see ya later mum.

“I think out of embarrassment she passed me, but I honestly got so uncomfortable I wouldn’t turn up to most of her classes,” he said.

This was Hemsworth’s first late night appearance since his split with Miley Cyrus. Hemsworth steered clear of bringing up his ex-fiancée during the chat with Leno.

A UK woman was lucky to escape death or serious injury after falling onto a busy highway while filming a...

The government has accepted journalism is a public good, deserving of public support. All sides acknowledge the future of the...