Keep calm and get a grip Christopher Pyne: The people are revolting!

OPINION: Peaceful activism and protest is our right so keep calm and get a grip, Christopher, writes TESS LAWRENCE.

The people are revolting, aint that the truth.

Last week’s protest by pro-refugee and whistleblower activists during Question Time in Federal Parliament should be acknowledged not for its boisterousnous but its non-violent disruption.

So too, it seems the Federal Police and Parliament House Security kept karma and carried on protecting Her Majesty’s subjects with moderate force.

“This is the most serious intrusion into the Parliament since the riots organised by the ACTU in 1996 for which I was in the Parliament.”

Poppycock. The natural inmates do that quite nicely without outside interference from citizen rabble.

Alternatively, you could calm down and get a grip. https://t.co/KOVM6CxOKJ

There is no comparison between what happened last week and the ”Cavalcade to Canberra” on budget eve 20 years ago when protestors broke away from a rally of 25,000 people organised by the Australian Council of Trade Unions (ACTU) to protest the government’s Workplace Relations Bill. 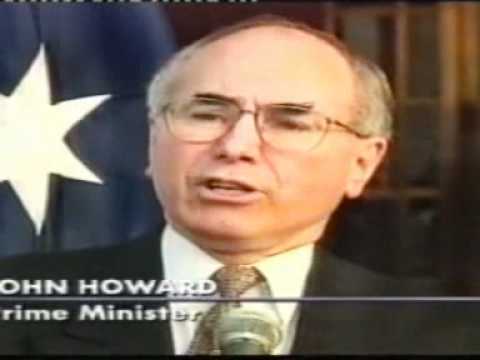 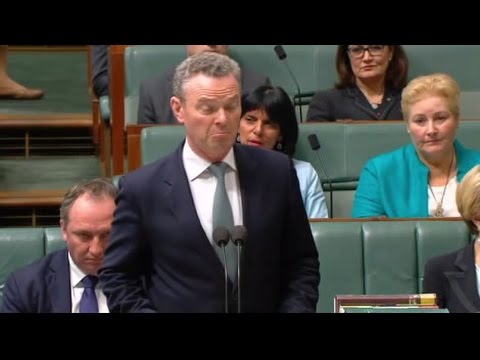 The Whistleblowers, Activists and Citizens Alliance have an unashamed manifesto that one hopes would be embraced by all the many shades of grey matter in both the lower house and the Senate.

“WACA is unapologetic in its commitment to resistance through non violent direct action. When our leaders refuse to act, the community must step forward, take action and lead the way.”

It was WACA protestors who impressively abseiled down Victoria’s Eastern Freeway in February this year, at a time when thousands of Australians around the nation marched and protested against what was being done to refugees and asylum seekers in our name.

And on Thursday last week, WACA’s crack abseiling team was at it again, unfurling another banner proclaiming CLOSE THE BLOODY CAMPS NOW. #JUSTICE FOR REFUGEES on the facade of Parliament House just under the Coat of Arms. They also added blood-red dye to the moat.

We are back at parliament today to tell parliament to #CloseTheCamps We won’t stop until there is #justice4refugees #auspol pic.twitter.com/tGYJdrxnel

Whilst these protests were taking place in Canberra, across the border in Queensland the continuing inquest into the 2014 death through visa bungling, incompetence and gross negligence of Manus Island prisoner, Iranian asylum seeker Hamid Khazaei, is proof positive of the need of continuing citizen activism.

The 24 year old was to die from

“…severe sepsis from a leg infection and was first moved to Port Moresby before being flown to Brisbane where nothing could be done to save his life.”

The infection was apparently caused by a rare bacteria called chromobacterium violaceum found in stagnant water and soil in tropical regions.

‘It can progress to fulminating septicemia, with necrotizing metastatic lesions and multiple abscesses in the liver, lung, spleen, skin, lymph nodes, and brain, and result in fatal multiorgan failure.’

NEGLECT BY ALL CONCERNED BORDERS ON COLLUSIVE MANSLAUGHTER

Like the other articles you’ll find on the diligent ABC coverage, the disturbing sequence of events are so bleedingly obvious in identifying the errant duty of care by sub contractors, the PNG Government, our Opposition and Coalition Government and Minister Peter Dutton, that they border on collusive manslaughter in their utter disregard for deploying even mediocre health strategies and basic care for human life. All certainly contributed to Kharzaei’s death. There was no proper duty of care.

“the most awful colour I’d ever seen

in a human being …. never seen

anyone deteriorate that fast”

Giving evidence before Coroner Terry Ryan, Dr Marten Muis, newly arrived to Manus Island at the time, gave an horrific account of events leading up to the young man’s represensible death and described Khazaei’s appearance as

“…the most awful colour I’d ever seen in a human being…He was just grey, blue…I’ve never seen anyone deteriorate that fast.”

KHAZAEI ONE OF THOUSANDS OF REASONS ACTIVISTS FIGHT FOR JUSTICE

Hamid Khazaei’s life was/is surely just as precious as any one of those lost at sea. He is just one of the thousands of reasons that campaigners like WACA erupt from within the community’s shared conscience and compassion.

What is supergluing oneself to a railing at Parliament House when the lives and welfare of the asylum seekers we have trafficked to sub contractors continue to be under threat and uncertainty ?

Is such activism worth the price? Yes, it can be.

Journo on @774melbourne says protesting in Parliament goes to the heart of democracy. Yes mate, that’s the general idea. #bringtthemhere

“You’re the king of the bed-wetters actually. You are actually a grub.”

Bear in mind that Jimmy is the type of gent who “gets” what Margaret Thatcher was on about. Now there’s a clue. He also wants to sell the ABC and, it appears, Australia entire. Why not.

Such a pity that Bombastic Boris had to jettison the imprudent McGrath from his team of Boris Bovvers. McGrath was one of the Australian mafiosi of advisers in the UK. We make jolly good servants for the Brits as our war death toll attests.

But McGrath did have to go and open his big gob, displaying a distaste for activists, putting people down and making racist comments.

A 2008 article by Peter Wilson in The Australian stated:

Mr McGrath’s downfall began at a meeting a month ago with black political activist and left-wing “citizen reporter” Marc Wadsworth, who was referred to him by Lynton Crosby, the Australian campaign director who had worked with Mr McGrath on Mr Johnson’s election campaign.

Wadsworth reported on his website — the-latest.com — on Friday that in the meeting he had raised with Mr McGrath a claim by another left-wing commentator that some older blacks from the Caribbean might leave Britain if a right-winger such as Mr Johnson became mayor.

Mr McGrath had responded: “Let them go if they don’t like it here.”

Wadsworth headlined his report ‘Blacks should ‘go back home if they don’t like Mayor’, adding that Mr McGrath had been ‘far from politically correct’ and was ‘from a country where black people are the “Aboriginal” Indigenous nation who are stereotyped by the white colonisers as social security scrounging drunks’.

That “ ..let them go if they don’t like it here “ remark by McGrath has such a familiar ring to it, dunnit. No wonder he felt so comfy hopping it back in Oz, kangaroo tail between his legs.

But Mr McGrath probably had a sense of schadenfreude when, earlier this year, Mr Wadsworth found himself embroiled in an “anti-semetic” controversy over a report investigating allegations of anti-semitism in the Labour Party.

Me old mate … McGrath and Boris. McGrath is the one wearing glasses and looking very pleased with himself; so he should be, looking like a proper little Sloane Deranger. (Image courtesy Business Insider)

The reality is this — Parliament House is NOT, for us, a revered ediface symbolic of good governance, nor of good democracy.

Sadly, it is not a sacred place where speak the first among equals; where the greater good is a prime consideration for voting for and against matters that go to the heart of the country’s well being and progress.

Nor is it a safe haven for peace, justice, compassion or gender equality. They are all mostly outcasts and strangers therein.

It is a House erected atop the stolen midden of a Constitution built on the notorious lie of Terra Nullius and no amount of ferritic legislative scaffolding can enforce otherwise.

Thus it is not a House for all the people, but some of the people. The inherent racist implications of our Constitution are painfully obvious to those of us whose noses are pressed upon the window panes looking in.

Photographic evidence that no human beings occupied Australia. This photo above shows a species of Australian wild fauna herded from the bush and interlinked with bullock chains lest they escape.

Ideally, our politicians should themselves be brave activists, gamechangers for the betterment of the people, the country, the world. Such aspirations are not lofty esoterics and nor should they be tinctured “left” or “right”, or black and white. Some are, of course, of such ilk, but they are too few in number.

We people did not superglue ourselves to the railings of Parliament House screaming for Saddam Hussein’s blood, calling for our children to invade Iraq. Nor did we fabricate bedtime horror stories that Hussein had weapons of mass destruction and Iraq was where we would find those fantastic beasts.

No, it was white men in dark suits who first pulled the triggers that unleashed a thousand hells.

Nor did we superglue ourselves to the railings imploring our governments to onsell our refugees and asylum seekers to other offshore people traders. Or to kill, torture and maim them through our dispassionate negligence via our well-paid proxies.

No, it was successive governments that committed these misdeeds.

Last Thursday was the last day of sitting for this parliamentary year. Our politicians did what they seem to have been doing all year: horsetrading votes for party survival of the unfittest of the species.

This is not honourable compromise but bribery.

Nowhere has this been more evident than the 11th hour passing of the Backpackers Tax Bill, after 18 months of needless and reprehensible time-wasting bickering, only because the Coalition struck a deal with the Greens; such inept governance.

2017 holds little political promise or cheer; unless Attorney- General George Brandis, whom Richard Ackland of The Justinian describes in The Guardian as our “chronically dysfunctional first law officer”, is turfed.

John Hewson this morning in Fairfax: ‘We enter 2017 with the Turnbull Government having absolutely no policy agenda”.

Sharing his fate, of a twin-share on a one-way ticket to Manus Island with no U.S. option, should be the “unsmiling assassin” of asylum seeker injustice, Minister Dutton-dressed-up-as-spam.

The dour Dutton was chief architect of the infamously bungled Austasi Police Rumble scheduled for Melbourne’s unsuspecting CBD pedestrians and tourists enjoying the delights of our most liveable city. Activists and social media put an end to his folly.

It has been an inglorious year for Australian politics.

Turnbull’s disturbing comment about the Backpackers Tax debate that

reflects a new and disappointing low.

Turnbull has proved the hollow man of politics this year’s end; Shorten the shallow man.

Both were once activists, but they have both seemingly killed the activist within.

Non-violent activism is critical for democracy and is becoming a major force in combating the onslaught of multinationals that so often cut a bullying, but financially compelling swathe, through countries and peoples, including Indigenous communities.

Disparate groups of commoners are uniting on common ground for the common good.

The scandal mirrors several blockbuster mining projects in Australia that jeopardises Aboriginal sacred sites and has the potential to contaminate water sources, in that the Pipeline also poses a threat to sacred Native American sites and water resources.

Over the weekend, more than 2000 U.S. military veterans headed up to Dakota from throughout America to form a human shield around the protestors. The WACA protestors in Canberra also support the Standing Rock protestors.

Peaceful activism and protest is our right and electing governments does not preclude citizens from either taking part in public debate, or uniting to demand change.

TOP IMAGE: Protest by pro-refugee group outside Canberra showing abseilers on the wall and water feature coloured red for ‘blood”. (Image via sbs.com.au/news)