Justice has been done with the life sentence handed to Adrian Ernest Bayley for the rape and murder of Melbourne woman Jill Meagher, her family says. 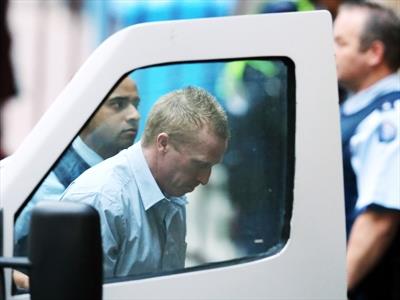 Nothing can bring Jill Meagher back, but her family can say justice has been done.

Even though Adrian Ernest Bayley could walk free from jail at age 76, Ms Meagher’s family are satisfied that the judge determined that only a life sentence was appropriate for her savage rape and murder.

“Jill was brutally raped and murdered and she is never coming back,” Jill’s father George McKeon said.

“Justice has now been done. Police and prosecutors, we thank you.”

He said Bayley was a recidivist violent sexual offender and his attack on Ms Meagher was one of the worst murders imaginable.

“You dragged her off the street late at night while she was going peaceably about her own business within a stone’s throw of her home,” Justice Nettle told Bayley.

“The rape was savage and degrading.

“In terms of moral culpability your killing of the deceased ranks among the worst kinds conceivable.”

Bayley, 41, was on parole over rape offences and on bail over an assault when he pulled Ms Meagher into a Brunswick alley in September last year and raped and strangled her.

“You were determined to have your way with her and so you overpowered her and raped her where she stood,” Justice Nettle said.

Bayley had already served two prison terms for rape, including the rapes of five St Kilda prostitutes which the judge described as violent sexual abuse of a most degrading and disturbing kind.

Justice Nettle said the fact Bayley was on parole made his offending even worse and his crime was further compounded by his attempt to hide Ms Meagher’s body.

“The nature and gravity of your offending and your antecedents are such that nothing short of life imprisonment will suffice.”

But he rejected the prosecution’s request for life with no parole.

“I consider your plea of guilty and what I consider to be some small degree of genuine remorse keeps you out of that category,” Justice Nettle said.

Bayley knew that his prior rape convictions meant he would face a lengthy stint behind bars if Ms Meagher could identify him to police, the judge said.

“She was a small woman … a man of your size and strength could easily have controlled her,” he said.

“It follows that, apart from the fact that she was about to call the police, and apart from the sadistic pleasure which you evidently derive from hurting women, there was no reason to hold her on the ground by the neck until she ceased to breathe.”

Bayley had pleaded not guilty to Ms Meagher’s murder before changing his plea, and Justice Nettle noted he initially told a “farrago of lies” in his police interview.

He said he saw little reason to believe Bayley would ever be rehabilitated but said the non-parole period would provide some incentive.

Bayley would need to be kept in isolation from other prisoners for his own protection.

Justice Nettle said Bayley had robbed Ms Meagher’s family of a vibrant, talented young woman who in all probability had the greatest and best of her life before her.

Her family condemned the “despicable crime”.

“We have no sense of personal outrage just a feeling of great sadness and great loss,” they said in a statement obtained by Irish broadcaster RTE.

Crime Victims Support Association president Noel McNamara said it was a travesty that Bayley could one day walk free.

“His record of crimes that he’s committed in the past is just unbelievable,” he said. – AAP