A how-to guide for Australians living in London and the UK on how to enrol, register as an overseas voter or take your name off the election roll. Information on how to vote in the UK for the 2013 Australian federal election, in person at Australia House or by postal vote. 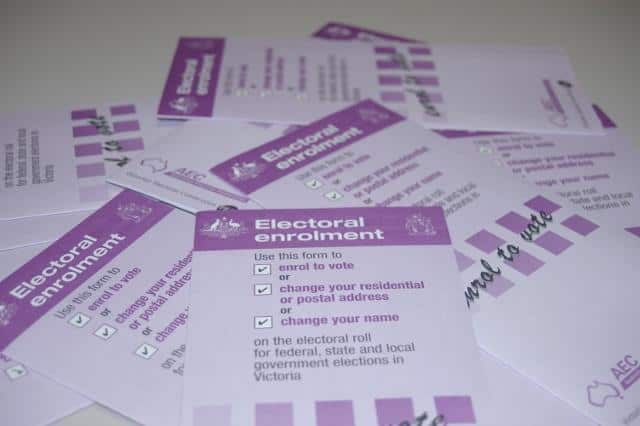 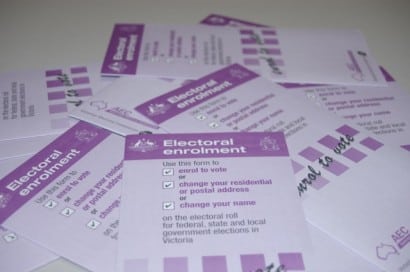 ELIGIBLE Australians living or visiting the UK are being urged to act  to ensure they are enrolled to vote by the deadline of 8pm Monday 12 August 2013 (11am UK time).

“If you’ve been overseas for less than three years and intend to return within six years of your date of departure from Australia, you are still eligible to enrol to vote for the federal election,” the Electoral Commissioner, Ed Killesteyn said.

To vote in the 7 September 2013 election, Australians overseas must be enrolled to vote. Australians can check their current enrolment details at oevf.aec.gov.au.

Australians who are overseas and are not yet enrolled to vote:

If you are not enrolled to vote you can fill out an ‘Enrol to vote for federal elections from outside Australia’ form.

You can use this form to enrol to vote if you are currently living outside Australia and:

Australians living overseas who are enrolled to vote in Australia:

You can apply up to three months before, or within three years after, you leave Australia.

You can apply to be registered as an overseas elector if:

This will ensure that your name is not removed from the electoral roll while you are outside Australia and that you can vote in federal elections and referendums held while you are overseas.

Australians who are overseas indefinitely, or cannot vote while overseas:

Australians who are overseas indefinitely, or are temporarily absent from Australia and unable to vote, can fill out an overseas notification form.

Filling out this form will mean you will not vote in the 7 September 2013 election.

The overseas notification form is for either:

How do you return your signed form to the AEC?

For Australians in the UK a quicker alternative to post is offered by the AEC:

1.   Vote in person at the voting centre at Australia House.

Pre-poll voting services will be offered by the Australian High Commission, which is located at Australia House, Strand, London WC2B 4LA (corner of Aldwych and Strand).

The High Commission will be open for pre-poll voting during the following times:

Pre-poll voting will not be available on Saturday 7 September 2013 due to the time difference between London and the closing of polls at 18:00 Australian Western Standard Time (AWST).

Postal vote applications can be submitted up until Thursday 5 September 2013. The AEC will send out ballot papers to a nominated address after candidate nominations close on Thursday 15 August 2013.

Ballot papers must be completed and posted back to the AEC on or before election day. You only have 13 days after the election for your ballot papers to be received by the AEC.

To apply for a postal vote you will need to:

To apply for a postal vote see aec.gov.au/election/pva/

If registering as an overseas elector (see above) or you enrol to vote from outside Australia (see above) the form will provide an option to elect to submit a postal vote. The ballot paper will be mailed to the address specified in the form.

*Please note: The following information was correct at the time of publication and is subject change. Consult the Australian Electoral Commission (AEC) website for the latest information.