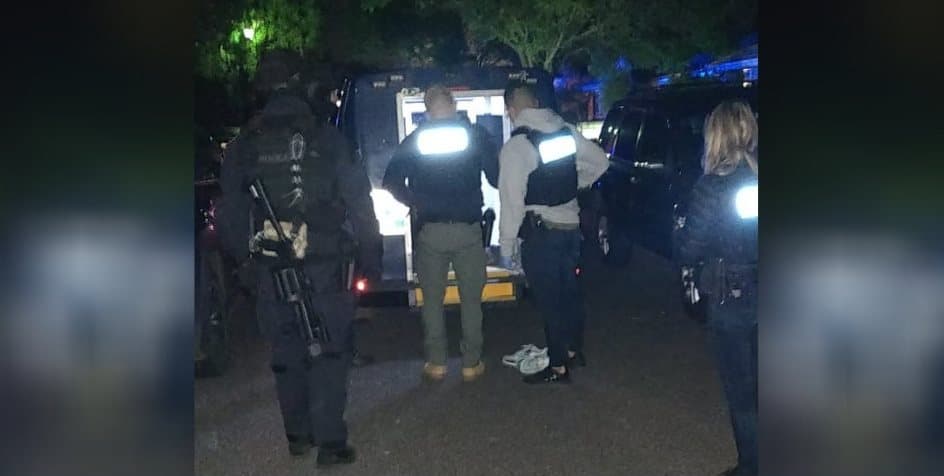 Two Hells Angels bikie gang leaders are expected to be removed from Australia after being arrested by detectives as part of a National Day of Action against the group.

The men were detained in Melbourne on 14 October with assistance from the Special Operations Group of the Victoria Police. Both are said to be senior office bearers.

Victoria Police worked with the Department of Home Affairs and the visas for the two New Zealand nationals were subsequently cancelled on character grounds. They have been detained under the Migration Act.

Police then went to another property, where a firearm and ammunition was seized from a 40-year-old man who is also an office bearer at the club. He has subsequently had his firearms licence suspended.

Warrants were also executed at club houses linked to the Hells Angels in Thomastown and Campbellfield. Alcohol was seized and three men are expected to be charged with liquor licensing offences.

Raids across Australia and New Zealand

The former, another gang office bearer, is to be charged on summons with firearms and drug offences.

The operation was coordinated by National Task Force Morpheus and involved police from across Australia and New Zealand joining forces to conduct a series of 28 co-ordinated search warrants and disruption activities.

Raids resulted in the seizure of firearms, ammunition, cash and drugs including methylamphetamine, cocaine, steroids and GHB. The latter is sometimes known as the ‘date rape’ drug.

Victoria Police Commander, Mick Frewen, said police were focused on sending a strong message that they are actively targeting the gang.

“This is a group we know have traditionally been involved in violent crimes such as shootings, assaults, arson, drug trafficking, extortion and intimidation,” Frewen said.

“We’ve used a number of enforcement tools this week, including working with a number of Federal agencies, to put a stop to the harm these people are doing to our community here in Victoria.

Working to disrupt the gang’s activities

“It’s important that criminal organisations such as the Hells Angels are held accountable for their criminal actions and this week shows that police will actively work to disrupt their activities.”

Detective Superintendent Tony Longhorn, WA Police Force’s representative on National Task Force Morpheus, and spokesperson for the national operation, said the coordination of activities across jurisdictions is a critical aspect of investigations and intelligence gathering.

“Outlaw motor cycle gangs use their networks of chapters across the country and [around] the world, to facilitate a range of criminal activities including the activities linked to the illicit drug and firearm trades,” he said.