Half of Australians struggling to save

Just over 50 per cent of households are struggling to save money and many have less than $5000 to fall back on in an emergency. 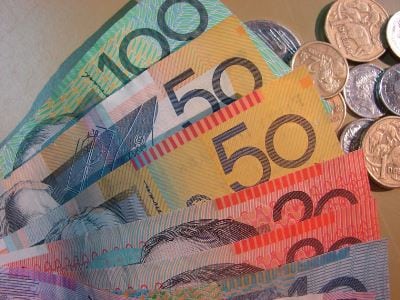 Half of all Australian households are struggling to save money each month while many have less than $5000 saved for an emergency, a survey has found.

Households battling to save any cash rose two per cent to 51 per cent in the six months to December 2013, according to ME Bank’s biannual Household Financial Comfort Report.

The study of 1,500 households also found 46 per cent have less than $5,000 in savings for an emergency, while 11 per cent are spending more than they earn.

A further five per cent are using equity in their own home to make ends meet month to month.

Job insecurity rated as one of the biggest concerns with nearly one-third of households were not feeling safe in their employment.

And if they lose their job, 55 per cent of respondents are apprehensive about their chances of finding a new one within two months.

Meanwhile, of those households with savings, more than a third were paying off debts as fast as they can.

ME Bank chief executive Jamie McPhee said the rise in job insecurity is a result of increasing unemployment coinciding with a surge in casual and part-time roles.

“That’s exacerbated by a relatively low level of household comfort with emergency cash buffers,” he said.

Meanwhile, Mr McPhee said overall financial comfort levels had risen for retirees and parents with older children in the past six months, but had fallen significantly for single parents, especially those dependent on government payouts. – AAP