A prominent former US diplomat has criticised Prime Minister Kevin Rudd's plan to relocate asylum seekers to Papua New Guinea, and has referred to the Australian defence budget as "paltry". 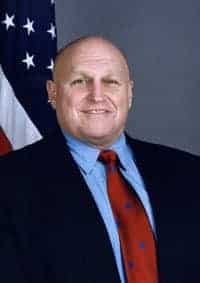 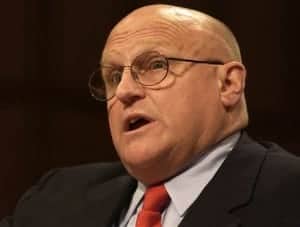 A HIGH-PROFILE former US diplomat has labelled the Rudd government’s plan to process asylum seekers on Papua New Guinea as unstable and has criticised Australia’s low-level of defence spending as “paltry.”

Richard Armitage, 68, served as second-in-charge at the US State Department between 2001 and 2005 under Republican President George W. Bush. He resigned from his position in the Bush Administration shortly after the president was elected to a second term in government.

Mr Armitage, currently in Australia to attend a Financial Services Council conference in Brisbane, told AAP that he believed that Australian political parties were engaged in a “bidding war” on the subject of asylum seekers that had turned it into a political issue rather than a humanitarian matter.

Mr Armitage said: “There needs to be less politics. This is a national problem, not a Labor or a Coalition problem. There seems to be a bidding war going on.”

The former diplomat, who served with the Amerian Navy during the Vietnam War, argued that the Rudd government’s policy to resettle asylum seekers in Papua New Guinea posed significant risks due to the substantial decrease in government defence spending over recent years. The most recent Australian budget, prepared under the Gillard administration, saw defence spending cut to its lowest level since 1938.

Mr Armitage said: “It’s not as if PNG is the most stable of countries. This takes a certain level of defence effort and when you are active there, it eats up a certain amount of your capabilities.”

The Australian government currently spends around 1.56 per cent of its annual Gross Domestic Product (GDP) on national defence capabilities. Mr Armitage said that American officials took note of Australia’s low-level of defence spending, considering that NATO guidelines require members to spend at least 2 per cent of their GDP on defence.

Mr Armitage said: “It doesn’t cause diplomatic tensions with the United States, but it’s noticed. This paltry sum is not sufficient to your defence needs.”

Mr Armitage also said that a North Korean missile strike on Australia would inevitably draw in the country’s American allies, stating that “there’s no way we wouldn’t all be in it from the get-go.” He said that Kevin Rudd’s 2009 defence white paper was “more muscular” than the national policy under Prime Minister Gillard, however claimed that he would reserve judgement regarding the government’s approach.

Richard Armitage was named an Honourary Companion of the Order of Australia in 2010 for his services in strengthening the Australian-American relationship. The annual Financial Services Council conference will come to an end in Brisbane tomorrow afternoon.