Attorney-General Christian Porter said it was important for Australians to understand the use of certain powers may become necessary in the months ahead. 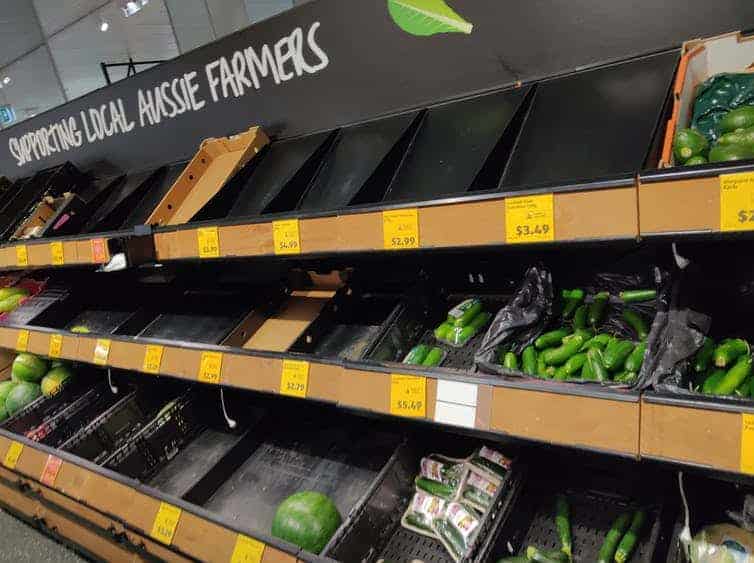 The coronavirus has moved to a new stage in Australia, with the first two cases of local transmission of the disease.

The NSW government announced a 53-year-old Sydney health worker – who had not recently travelled abroad – had been diagnosed. The other case is the 41-year-old sister of an Iranian man who had arrived in Australia on Saturday. The woman had not travelled to Iran.

Other cases in Australia – now more than 30 – have been people who have come from abroad. There has been one death, a 78-year-old man who had been evacuated from the Diamond Princess cruise ship.

Health authorities have anticipated the spread of the virus locally, with plans being ramped up to deal with that.

Efforts were being made on Monday to track down passengers who sat near travellers from Iran who have been diagnosed with the virus. There is now a ban on the entry of foreigners coming from Iran.

News of the local transmission comes amid the expectation the Reserve Bank will cut interest rates on Tuesday as the virus scare hits the economy, and panic buying of items such as toilet paper.

Hand sanitisers have been a runaway sales item. The share price of Zoono, a company that makes them, has jumped 70% in under a week.

On Friday the futures market rated the probably of a Tuesday rate cut at just 18%. On Monday it was rating the probability at 100%, with some economists even speculating about the possibility of the cut being double the usual 0.25%.

The Australian share market fell by 0.77%, after a 10% fall in what was the worst week since the global financial financial crisis.

NSW Health Minister Brad Hazzard said it was time for people to “give each other a pat on the back” rather than shaking hands. He also suggested a degree of caution when kissing.

In parliament, the government took a series of questions on the virus and its fallout. Attorney-General Christian Porter said it was important for Australians to understand the use of certain powers may become necessary in the months ahead.

Notably among these were changes made in 2015 to the Biosecurity Act, which replaced the Quarantine Act.

Read more: Is the coronavirus a pandemic, and does that matter? 4 questions answered

COVID-19 had been listed as a human disease for the purposes of this act in January.

“That has a number of very important consequences for Australia and Australians in what will no doubt be challenging months going ahead,” Porter said.

“There are two broad ranges of powers that people may well experience for the first time.

“There is the ability of the government to impose – always based on medical advice, but nevertheless impose – a human biosecurity control order on person or persons who have been exposed to the disease.

“It could require any Australian to give information about people that they’ve contacted or had contact with so that we can trace transmission pathways. It will also mean that Australians could be directed to remain at a particular place or indeed undergo decontamination.”

“Secondly, a very important power that may be experienced for the first time—and that we will be monitoring very carefully—is the declaration of a human health response zone, ” he said.

This was done with the Diamond Princess.

“But it’s very important to understand, going forward, that that is a power that can be used for either localised disease outbreaks in Australia or indeed to restrict individuals from attending places where a large number of people may otherwise choose to gather, such as shopping centres, schools or work.

“These are challenging times going forward, and these will be some of the first times that these important powers may be used,” Porter said.