MPV Everest to make for closest port rather than its home base of Hobart as it limps home through Southern Ocean on one engine. Australia’s chartered Antarctic resupply vessel MPV Everest will dock in Fremantle Western Australia, rather than Hobart, after a fire in its engine room on Monday.

The Australian Antarctic Division (AAD) made the announcement yesterday (Wednesday) and has since added that a support ship will shortly be sent to the Southern Ocean to support the crippled MPV Everest as it battles rough seas on its return home.

Australian Antarctic Division General Manager of Operations and Safety, Charlton Clark, said the captain had decided to head for the closest port.

“MPV Everest is about 1,400 nautical miles south of Fremantle, which is about 5–7 days transit in good weather,” Clark said.

None of the 109 expeditioners and crew were injured in the incident, although they are said to have been traumatised. Around 70 of those on board are expeditioners, some of whom have been in Antarctica for a year-and-a-half and are on their homeward voyage.

In a media interview on Tuesday, AAD psychologist Maree Riley said those on board had understandably been shaken by the incident, particularly after a challenging time in Antarctica.

“When you think about the situation that expeditioners have been exposed to, they are a resilient group of people but this has been a challenging situation for them – potentially traumatic,” she explained.

A ‘very serious event’ in the Southern Ocean

In the same interview, Clark added: “A fire on board any vessel in the Southern Ocean is a very serious event; the crew and the expeditioners responded remarkably to get the situation under control.

“We know there is challenging weather ahead and the ship’s crew are doing all they can to minimise any impact of weather that’s on its way.”

The ice-strengthened ship has just completed a two-month voyage to Antarctica, resupplying and changing over personnel at Australia’s Davis and Mawson research stations.

Australia’s Maritime Safety Authority Response Centre is monitoring the transit of the MPV Everest and in regular communication with the vessel.

“The vessel is currently running on the starboard engine room at about 8 knots and is making headway to avoid some challenging Southern Ocean weather,” Clark said. 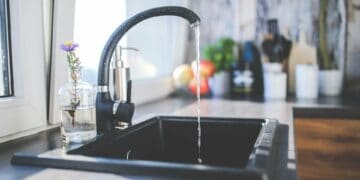