Farts on planes; a wind-breaking study of 2013

Considered among the most ground-breaking studies in the last 12 months, Danish surgeons have discovered solutions to combat the problem of farting on planes. 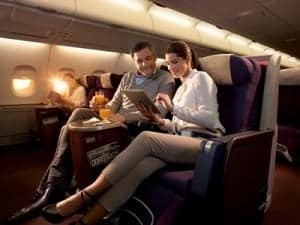 A STUDY of farts on planes was among the stranger pieces of scientific research published in the last 12 months.

It’s made the Australian Science Media Centre’s top picks for the most bizarre research projects of 2013.

Danish surgeons led the way with a study of airline flatulence, confirming what many already suspect: pressurised cabins make us gassy – and it’s better out than in.

To combat the problem, they suggested slashing the amount of fibre in inflight meals.

Flatulent passengers could even be identified via a methane breath test and denied entry, they proposed.

But a less drastic option would be to incorporate odour-absorbing charcoal into airline seats or blankets to promote more “harmonious” flights, the academics from Copenhagen University concluded.

Read A new study on life expectancy proves we’re all going to die.

They range from “fragrant” and “fruity” at one extreme, to “pungent” and “decayed” at the other, with “popcorn” filling another category altogether.

Meanwhile, researchers in Japan were busy figuring out what people were dreaming about by reading their brainwaves, and Italian vets found that dogs wag their tail to the right when they’re happy and to the left when they’re scared.

Finally, Swedish mathematicians found that people are more likely to clap loudly if others around them are doing it, rather than responding to a performance – or piece of research. -AAP