The grumpy-looking and rarely seen deep-sea blobfish, found off the coast of Australia, has been crowned the world’s ugliest animal in a competition to raise awareness of aesthetically challenged animals facing extinction. 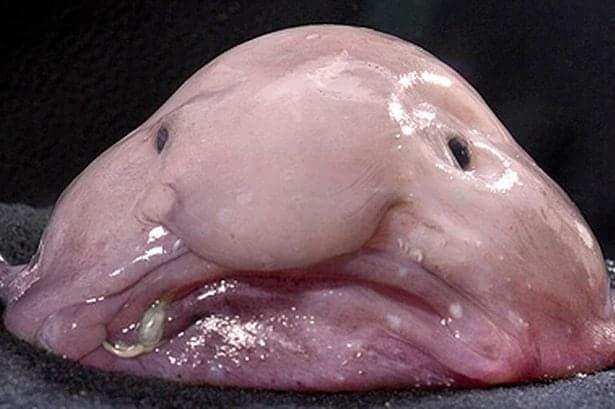 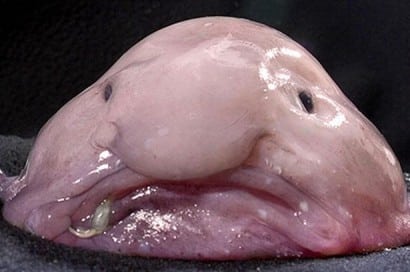 THE rarely seen blobfish (Psychrolutes marcidus) has been suddenly thrust into the spotlight after being voted as the world’s ugliest animal in a campaign run by the Ugly Animal Preservation Society to decide its new mascot.

The competition was set to raise awareness for endangered and aesthetically challenged animals. With 200 species of becoming extinct every day, Simon Watt, the society’s president, says it’s the ugly animals which need the most help as their less than “pin-up” appearance means they’re often forgotten.

“We’ve needed an ugly face for endangered animals for a long time and I’ve been amazed by the public’s reaction,” said Watt.

“For too long the cute and fluffy animals have taken the limelight but now the blobfish will be a voice for the mingers who always get forgotten.”

The gelatinous deep-sea fish inhabits the waters off the coasts of south-eastern Australia and Tasmania, and is under threat from fishing trawlers that accidently capture it in their nets.

In the race to be voted the world’s ugliest and win the chance to be the society’s mascot, Australia’s blobfish was up against some strong contenders. The shortlist of 11 nominations included a Titicaca water frog dubbed the “aquatic scrotum frog” and the proboscis monkey.

Each of the shortlisted candidates were supported by “election” videos, with comedians including Stephen Fry and Brian Cox championing the cause of ‘their’ species.

Paul Foot, of Never Mind the Buzzcocks, supported the blobfish.

“Some would describe it as a bit ugly, but I think the sad face of the blobfish belies a kind and very wise little brain in there,” said Foot.

The videos collectively received almost a hundred thousand views on YouTube, with the winner being decided by the number of times people ‘liked’ the footage.

The results were announced at the British Science Festival. The blobfish came out on top with 795 “likes”.