Don’t argue in public – you could end up in a load of trouble!

A man and woman who got into a public dispute on an Adelaide street set off a train of events that has landed them in hot water with the law. 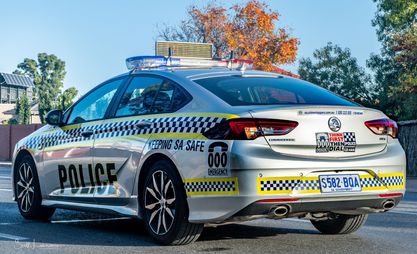 Ladies and gents – here’s some good advice. If you’re going to argue, try not to do it on a public street in the early hours of the morning because you could end up in a whole heap of trouble!

Certainly, that’s the experience of a man and woman from Adelaide, who became embroiled in a very public spat in the early hours of the morning on a street in the suburb of St Mary’s.

Police were called to the scene and arrived no doubt expecting a common domestic dispute. But things hotted up a little when the 40-year-old male decided to leg it as soon as he saw the local constabulary arrive.

Range Rover on the scene found to have been stolen

The curious coppers then investigated further and found that the Range Rover parked at the scene had been stolen during a break-in at a home on Sunday, during which an Audi sedan and a rifle were also stolen. The Audi had been recovered in another Adelaide suburb the following day.

Meanwhile, officers had arrested the would-be runaway miscreant not far from the scene of the argument and, on searching him, allegedly found keys belonging to the Range Rover in his possession.

“Officers proceeded to search a nearby home and located the stolen rifle along with the key to the stolen Audi, [as well as] numerous sets of number plates and power tools which were also believed to be stolen,” South Australia Police said.

Officers then also searched a BMW parked next to the Range Rover. Inside the BMW they found stolen identification and a shotgun. Checks on the shotgun revealed it had been stolen from a break-in at Sellicks Hill last month.

The man was arrested, along with his argumentative counterpart, a 30-year-old woman from Morphett Vale.

They have both been charged with multiple firearms offences, including possessing a firearm without a licence, possessing ammunition, drug trafficking, theft, illegal use and serious criminal trespass.

The moral of the story? If you’re going to argue, do it behind closed doors rather than in the street. Otherwise, the consequences could be dire indeed!