Will the Aussie dollar continue its recent resurgence?

Chief Currency & Payments Strategist at currency exchange specialists OzForex, Jim Vrondas, looks at recent movements of the Australian dollar, and asks whether the trend towards growth will continue.

by Jim Vrondas
in News 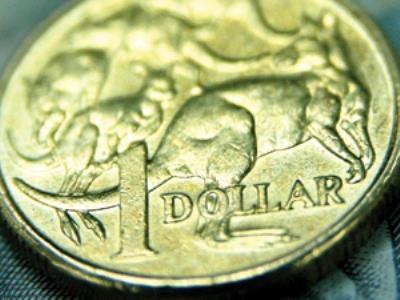 SINCE reaching a low around 88 ½ against the Greenback last week the Aussie dollar has rallied to exchange back above the 92 cent mark leaving many scratching their heads asking why? Will it continue or have we seen the high?

Why has it gone higher since the RBA cut interest rates? Isn’t this supposed to push the currency even lower? Certainly the RBA wants it lower and said they expect it to be lower.

It’s not all about Australian interest rates

Well Australian interest rates are certainly one important factor but they are not the only one. The two other main factors that have pushed it lower since the 1.0580 peak in April this year — concern around Chinese economic growth and expectations of a stronger U.S dollar due to Quantitative Easing tapering talk — have shown some signs of reversing over the last week.

Last Friday’s Chinese Industrial Production in particular beat all expectations rising 9.7% year on year relieving some of the concerns about how low growth in China will get. Stateside some investors appear nervous about their long USD positions given the markets having fully priced in an announcement of tapering from the FED and the slim possibility that they will disappoint at their next meeting in mid-September.

The main driver in my view will continue to be the U.S economy and the actions of the U.S Federal Reserve bank and its committee (the FOMC) that meets monthly to decide the appropriate interest rate setting.  This should outweigh both local data and also to a lesser extent China.

This week will certainly provide some clear direction with particular focus on the U.S economy given the release of Retail Sales, Producer Price Inflation and Consumer Price Inflation. Whilst the employment data in the U.S has shown improvement and added support to the theory that winding back some of the 85 billion USD per month spending may be warranted it is not guaranteed.  Economic growth as measured by GDP is still low and although it is expected to improve is not a certainty hence why the FED is taking a slow and steady approach.

Price action could provide a clue

I favour a break to the downside in coming sessions given our expectation of strong U.S Retail Sales this evening.

Just about all forecasters have pencilled in a lower Aussie dollar over the next 6 to 12 months, some as bearish as 80 cents. The main risks to these forecasts would come from one of the three factors already mentioned. Australian interest rates, Chinese economic growth and/or U.S Quantitative Easing with the latter holding the most weight.

So any of the following scenarios would add support to the Aussie dollar putting these forecasts in jeopardy. If the RBA were to signal the end of the easing cycle, Chinese economic growth began to move back to 8% and the FOMC was too concerned to begin tapering their spending (i.e USD weakness resumes) then we would see a firmer Aussie.

I have been asked repeatedly over the last week whether or not I think the Aussie dollar can get back to 95 cents or higher. Although I still have an end of year target set at 88 cents I would not rule out such a move if any of the conditions mentioned above were met.

Jim Vrondas is Chief Currency & Payment Strategist — Asia Pacific for OzForex. For the latest up-to-date information on the movement of the Australian dollar plus excellent rates for transferring your money, see our Australian Dollar Currency Zone in conjunction with OzForex.