Comet Neowise to be visible in the skies above Perth, says observatory

Comet has been visible almost exclusively in the Northern Hemisphere. Next visit is only in 6 800 years. 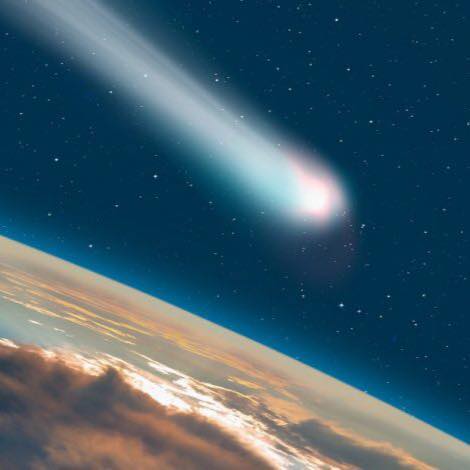 The comet Neowise, originally widely reported to be only visible in the Northern Hemisphere, should be coming into the Southern Hemisphere and be visible over Perth tonight (Sunday 26 July).

This is according to an announcement by the Perth Observatory. A post on its Facebook page says the comet should be visible in the north west around 5:30pm -7 pm, with the best chance to see it being tonight at 6:30 pm.

You will need binoculars at the very least

The observatory says reports from astro-photographers indicate you will need binoculars, at the very least, to see it. “It’s best to get your camera and tripod and take some long exposures to draw out the comet,” the observatory tells photographers.

People outside the city will have the best chance of seeing the comet due to less light pollution.

For those in Perth, the observatory suggests any of Perth’s beaches and also the lookouts on the Perth Hills escarpment.

Brightest comet seen from Earth since the 1990s

According to astronomers, this is something you don’t want to miss as the comet won’t be back again for approximately the next 6 800 years.

In fact, it’s the brightest comet we’ve seen from Earth since Comet Hale-Bopp was in our skies in 1995-96.

Comet Neowise, officially known as C/2020 F3, was only discovered in March of this year by a spacecraft known as Neowise, which is short for Near-Earth Object Wide-field Infrared Space Explorer.

Thereafter it was spotted numerous times as it approached our part of the galaxy. Among those to see the comet first were the astronauts on the International Space Station and professional observatories scattered around the world.

Comet is a mere 111-million km from Earth

According to NASA, Neowise is currently around 111-million kilometres from Earth and travelling at around 231 000km/h. It takes an elliptical orbit that will carry it far out from the sun, before it slowly makes its way back in our direction over the next 6 000 or so years.

“This comet is about 5km across and most comets are about half water and half dust,” said Emily Kramer of NASA’s Jet Propulsion Laboratory.