Seventeen-year-old Perth girl is among those arrested for trafficking. Police say the heroin has an estimated street value of $55-million. 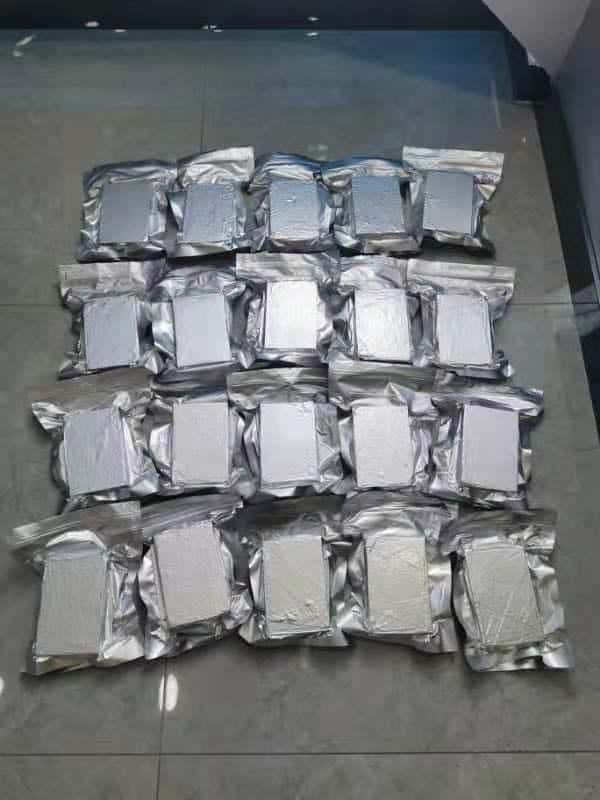 Law enforcement authorities in China have helped Australian police to foil attempts by an organised crime syndicate to import approximately 74.5 kilograms of heroin into Australia.

The drugs were being sent from China and destined for the streets of New South Wales and Western Australia.

More than 250 blocks of heroin seized

When authorities examined the consignments, they allegedly found 254 blocks of ‘half-catti’ (the name for a 350-gram block of heroin) vacuum-sealed in foil bags. The bags had the Double UO Globe branding, which is one of the major brands in the illicit drug market.

The Chinese agencies notified the AFP’s office in Guangzhou and the drugs were removed and replaced with an inert substance before four consignments were forwarded to their intended destinations – three to Newcastle in NSW and one to Perth in Western Australia.

In late April, AFP investigators, with assistance from the NSW Police Force, arrested a 23-year-old man after he allegedly collected one package sent to a residence in Lambton in the Hunter region of NSW.

Police then executed search warrants at several addresses across the region – in Jesmond, Belmont, Lambton and The Hill – and allegedly seized a small amount of drugs, cash, drug paraphernalia and a mobile phone which will be subject to further forensic examination.

Man and teenage girl have been arrested

The 23-year-old man was arrested and charged with attempting to possess a commercial quantity of border-controlled drugs. He remains in custody and will appear in court again in June.

Yesterday (Tuesday), the investigation took another turn when AFP and Australian Border Force members arrested a 17-year-old Perth girl after she allegedly took possession of a package that was supposed to contain 22 kilograms of heroin.

Police then searched her family’s home and allegedly found the package opened and in the teenager’s bedroom wardrobe. She was refused police bail and faced the Perth Children’s Court.

“This collaborative effort has prevented approximately 74.5 kilograms of heroin from reaching Australian communities. This amount of drugs could have been sold to as many as 745,000 people, netting the criminals behind it at least $55-million and causing widespread harm,” said the AFP’s Commander for Asia, Peter Sykora.