Rio Tinto has called on businesses to be more transparent about their tax affairs after the global miner paid almost $9 billion in taxes in Australia last year. 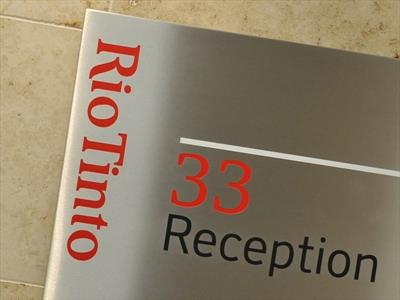 RIO TINTO has called on businesses to be more transparent about their tax affairs after the global miner paid almost $9 billion in taxes in Australia last year.

“We are fully supportive of the efforts to spread this kind of good practice more broadly,” Rio’s chief executive Sam Walsh told a pre-G8 summit event in the United Kingdom on Saturday.

“This should be pursued in a sensible way, with a clear and consistent global standard for extractive industry tax reporting that keeps the focus on fighting corruption and the burden on business manageable.”

He added that governments needed to take further steps to encourage growth in the developing world and to tackle poverty.

“Rio Tinto supports the UK government’s call for a global push on responsible trade and investment to help fuel development and the fight against poverty,” he said.

During 2012 the world’s second biggest iron ore miner paid $6.7 billion in taxes to the Australian federal government, $1.6 billion in Western Australia, $326 million in Queensland and $229 million in NSW.

The report, released in March, also showed the company paid more than $1 billion in tax in Canada, $373 million in the US, $331 million in Chile, $280 million in Mongolia and $156 million in South Africa.

In addition Rio said early estimates indicated that the company’s Oyu Tolgoi gold and copper mine in Mongolia would have a phenomenal impact on the Mongolian economy, increasing the country’s GDP by a third and affecting the exchange rate.

“When fully operational it will be one of the world’s top five copper producers and also a significant producer of gold,” the company said in a statement. –AAP