AUSTRALIAN ELECTION 13 | Comedian Adam Hills says he’s genuinely distressed by the current state of Australian politics and what that means for the country’s image overseas. 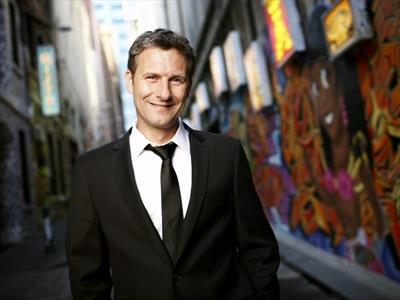 COMEDIAN Adam Hills says coverage of the federal election in the UK has reinforced the British view that most Australians are “hopeless hicks”.

Hills cast a pre-poll ballot at Australia House in London on Wednesday as the Australian Electoral Commission upped its campaign encouraging people overseas to vote.

More than 72,000 ballots were cast at overseas diplomatic missions in 2010 with 16,000 votes issued at Australia House alone.

That makes it the largest booth in the election.

Almost 7800 votes were cast in Hong Kong in 2010 while Singapore was the third busiest overseas polling place with almost 3300 ballots.

Hills has divided his time between Melbourne and London for the past 10 years.

He argues Brits are bemused to see so much infighting in Australian politics given the economy is doing so well.

“(Also) the British press like to reinforce the view that Australians are hopeless hicks who don’t know what we’re doing, so any gaffe, any funny moment in Australian politics is going to be reported on the news over here immediately,” he told reporters outside Australia House.

The comedian’s highlights of the campaign so far include Kevin Rudd’s selfies, Tony Abbott’s “suppository of all wisdom” comment and the One Nation candidate who thought Islam was a country.

Hills values his vote more than ever “because I’m concerned about the way Australia is seen overseas”.

“I’m genuinely distressed at the state of Australian politics at the moment,” he said.

“We as Australians deserve better. That’s why I’ve come out to vote. What I said today to both parties was ‘Come on, grow up’.”

Votes cast overseas are returned to Australia in a number of dispatches via secure courier. Preliminary scrutiny of pre-poll votes starts on Monday in Australia.

Consul-general Ken Pascoe on Wednesday said the high commission in London had 50 staff working at the booth, which opened on Monday and closes on Friday September 6.

On busy days over 1000 votes are cast at Australia House with people often queuing to enter the historic building. – AAP