While on a visit to London, ALP Leader Bill Shorten urged expat voters to send a message to the Abbott government. 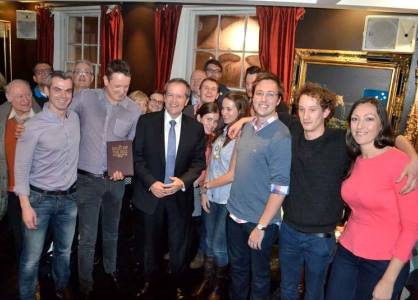 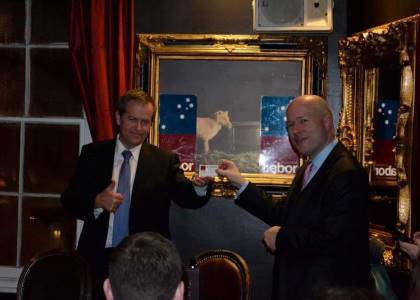 Bill Shorten was presented with the number one membership ticket for ALP Abroad in London on Friday night.

The presentation was made at a packed meeting in the Old Crown pub attended by over 50 Australian Labor supporters in London on Friday.

Bill spoke on the need for Labor to be brave in setting the future policy direction of Australia and how important it was for the thousands of Australians living abroad to vote and campaign for the election of a Labor government that we can all be proud of.

Bill in particular encouraged people who were eligible to vote in the by-election in the Brisbane based seat of Griffith and in the state elections in South Australia and Tasmania to vote Labor to send a message to the Abbott led government.

He addressed questions on a concerns members present had about Australia’s image abroad under the Abbott led conservatives.

London is the largest polling station in Australian elections. Information about voting for the Griffith by election (postal vote application close Wednesday and the state elections in South Australia and Tasmania an be found on the ALP Abroad website. www.alpabroad.org