Tourism minister says: "I wouldn't put any guarantees that you could undertake that overseas trip in December." 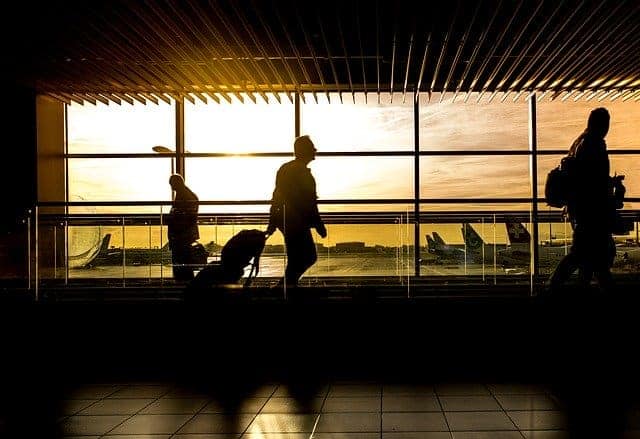 Image by Rudy and Peter Skitterians from Pixabay

Australians could be barred from travelling overseas for a long time due to the coronavirus crisis, Federal Tourism Minister Simon Birmingham has warned.

Speaking to ABC News Breakfast on Monday, Mr Birmingham said the ban on Australians travelling overseas except in exceptional circumstances, put in place in March, could continue into 2021 and beyond.

When asked if Australians might be able to travel overseas by the end of the year, the minister said: “I wouldn’t put any guarantees that you could undertake that overseas trip in December.”

“This is a time where, unfortunately, people can’t undertake holidays and they won’t be able to go overseas for quite some time to come” he said.

The minister suggested even the state border closures imposed to help suppress the spread of the novel coronavirus may stay in place for an extended period, but that Australians might like to start planning domestic holidays now for when those restrictions are lifted, in lieu of travelling overseas.

“There may be a slightly earlier point in time where it becomes feasible to think about domestic travel again,” he told the ABC.

“Think about the Aussie break that you might take when we finally get to the other side of this,” he added.

Most of Australia’s approximately 6,400 Covid-19 so far have been traced to a person who became infected overseas. The minister said that maintaining strict border measures, which currently include 14-day quarantine periods for Australians returning from overseas and barring non-essential travel to Australia by foreign nationals, as well as the ban on citizens leaving the country, would be essential in the on-going prevention of the spread of the coronavirus in Australia.

“The success we are having in terms of slowing the spread of the virus in Australia does mean that we could be at risk in terms of exposure to people from overseas, in countries who have not controlled it so well, for quite some period of time,” Mr Birmingham said.

This month, a number of so-called ‘rescue flights’ have been arranged by the government to get Australians who have been stranded by the coronavirus crisis home from destinations around the world as the globe’s airlines cancel international flights.