As the Bali Nine pair were being transported to the place where they will likely face a firing squad, one of their jailers was caught smiling in photos with them.

Photos of a police chief posing with the Bali Nine pair as they were being transported to where they are due to be executed have been slammed as morbid selfies.

The images of Denpasar police’s Senior Commissioner Djoko Hari Utomo, smiling for snaps as he interacts with Andrew Chan and Myuran Sukumaran aboard a plane otherwise filled with high security personnel, were broadcast across Indonesian websites. 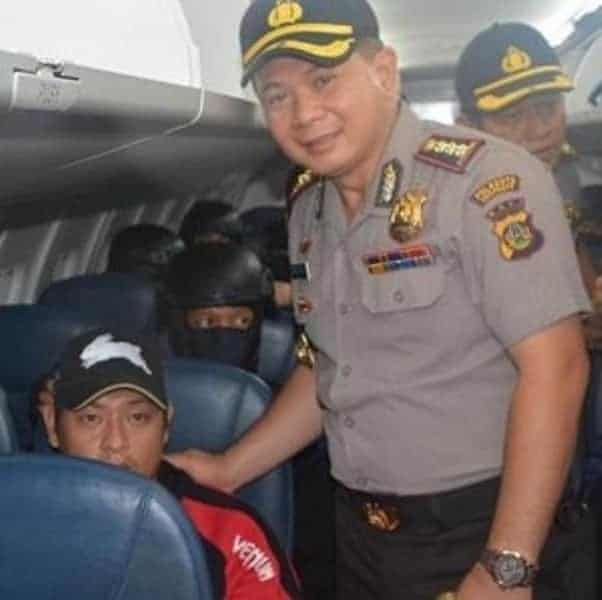 Djoko has strongly denied the photos are selfies. Rather, he was merely photographed unawares while trying to keep up the spirits of his two condemned prisoners.

Djoko told Fairfax Media he was urging the Australians to “Be tough, be strong, and keep going”.

“It was not a selfie moment,” he insisted.

The convicted Bali Nine ringleaders were taken by plane to Cilacap. From there they were transported to the island of Nusakambangan where it is expected they will face death by firing squad as soon as this weekend.