Parents of Cameron Baird, the Australian soldier who died serving in Afghanistan and was awarded the Victoria Cross for bravery, met with Queen, Prince Harry and other award recipients. 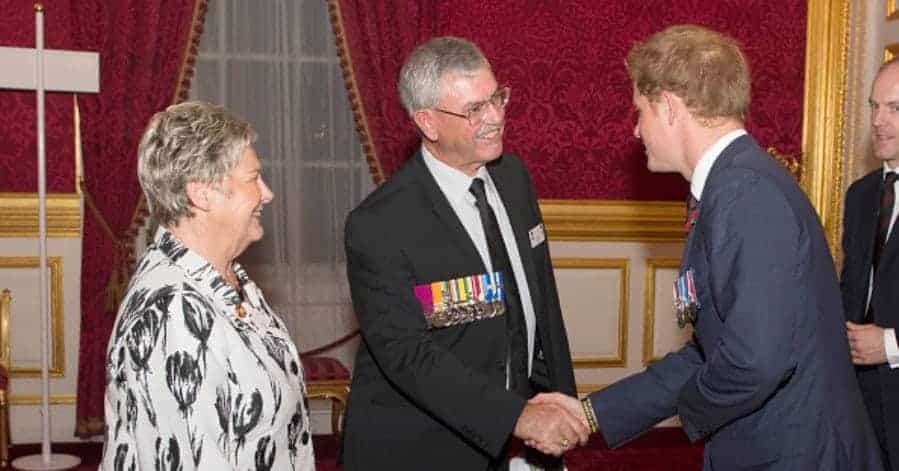 Cameron Baird died at the age of 32 in the line of fire when in 2013 during a special forces mission in Afghanistan.

This week, almost nine months after their son was posthumously awarded the Victoria Cross for bravery, Corporal Baird’s parents met with the Queen during a special ceremony held in Buckingham Palace.

Baird joined the list of 99 other Australian’s who have also received this distinct honour in the past when his parents Doug and Kaye, accepted the military honour in recognition of their son’s bravery, on his behalf.

Mrs Baird said the family would have loved to see Cameron receive the award in person, “We would have loved it to be Cameron here representing himself but under the circumstances we hope we’ve done him proud.”

“Cameron shied away from any recognition and it’s only befitting that he gets that recognition now,” she added.

“Never in a million years would we have thought we’d be doing this,” she told reporters after the couple’s 20-minute private meeting with the Queen.

His parents are in London with some 23 living recipients of the George Cross and Victoria Cross, among who were Australians Ben Roberts-Smith, Daniel Keighran and Mark Donaldson – who all served in Afghanistan – and former policeman Michael Pratt who received the George Cross in 1978.

The war heroes met with Prince Charles on Monday, the Queen and Prince Philip on Tuesday and Prince Harry on Wednesday.

Doug Baird said it was an “extreme honour” to be spending time with the medal recipients who reunite every two years.

“There are some incredible stories and people in that group,” Doug Baird said after meeting with them on Wednesday

“We feel that Cameron would rightly be able to sit at that table equal with any of them with the deeds that he did.”

Corporal Roberts-Smith knew Corporal Baird and has now shared a beer with his dad.

IMAGE: Mr and Mrs Baird present Prince Harry with a ‘Cam’s Cause’ t-shirt, a charity dedicated to the legacy of Corporal Cameron Baird VC MG, during the President’s Party in remembrance and re-dedication for members of the Victoria Cross and George Cross Association in the State Apartments at St James’s Palace on October 29, 2014 in London, England. (Photo by Paul Edwards – Pool /Getty Images)